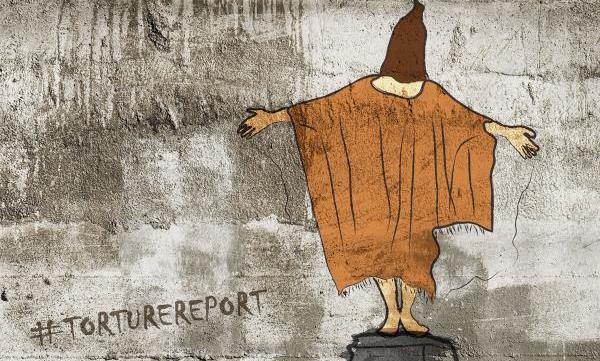 (Reuters) – A Twitter account associated with Iranian Supreme Leader Ayatollah Ali Khamanei said on Wednesday that a U.S. Senate report into CIA torture showed the U.S. government was a “symbol of tyranny against humanity”.

In a message bearing the hashtag “TortureReport”, used to connect comments on the topic on the social media platform, the account said: “Today, U.S. govt. is symbol of tyranny against humanity”.

Another message read: “Look at how humanity is being treated by dominant powers with flashy propaganda and in the name of human rights, democracy and freedom”.

A later message read: “They claim they’ve a prideful nation; US govts. debased & misguided their people who aren’t aware of many realities.”

Despite a cautious thaw in ties following the 2013 election of pragmatist President Hassan Rouhani, and negotiations with world powers over a 12-year-old nuclear dispute, Iran remains a determined adversary of the United States.

Tehran accuses Washington of trying to topple its system of Shi’ite Muslim theocratic rule, while officials in Washington charge Tehran with seeking to undermine U.S. allies in the Gulf and wider Middle East.

The U.S. Senate report released on Tuesday said the CIA had misled the White House and public about its torture of detainees after the Sept. 11 attacks and had acted more brutally and pervasively than it acknowledged.