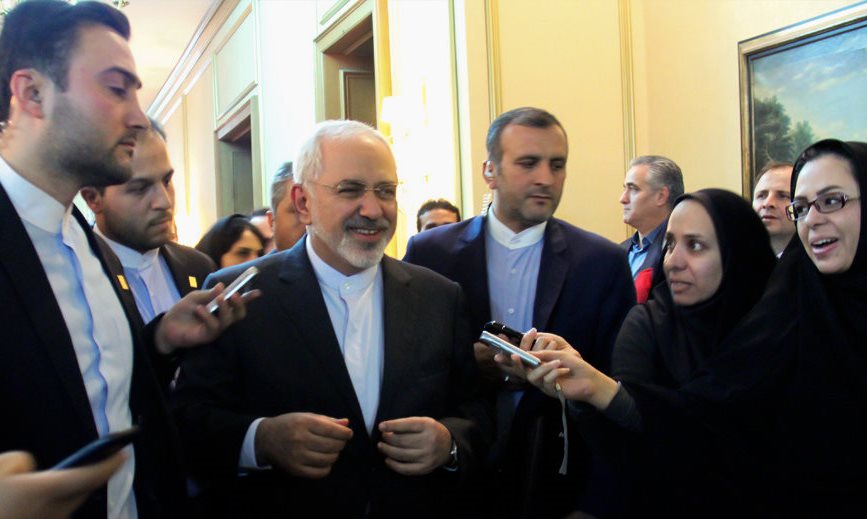 “From the beginning, Iran, Syria and Iraq have shared views about fighting against terrorism and extremism; they showed resistance,” Zarif said on Tuesday after a meeting with his Iraqi and Syrian counterparts on the sidelines of the international conference on ‘World Against Violence and Extremism’ (WAVE).

Iran has consistently stressed support for the governments of Iraq and Syria in their battle against terrorists.

Since March 2011, Syria has been gripped by deadly violence waged by terrorists backed by Western powers and some of their regional allies- especially Qatar, Saudi Arabia and Turkey.

Iraq has also been suffering from terrorist activities since the US occupied the country in 2003. The situation worsened when the so-called Islamic State in Iraq and the Levant (ISIL), which had been operating in Syria, sent its Takfiri militants into Iraq in June, seizing large swathes of land straddling the border between Syria and Iraq.

Elsewhere in his remarks, Zarif referred to the WAVE conference and said it was held in line with a previous gathering held earlier in the holy city of Qom with the aim of confronting the threat of Takfiri groups.

The WAVE conference opened in Tehran on Tuesday with the participation of senior political officials, intellectuals and delegates from 40 Asian, African and South American countries.