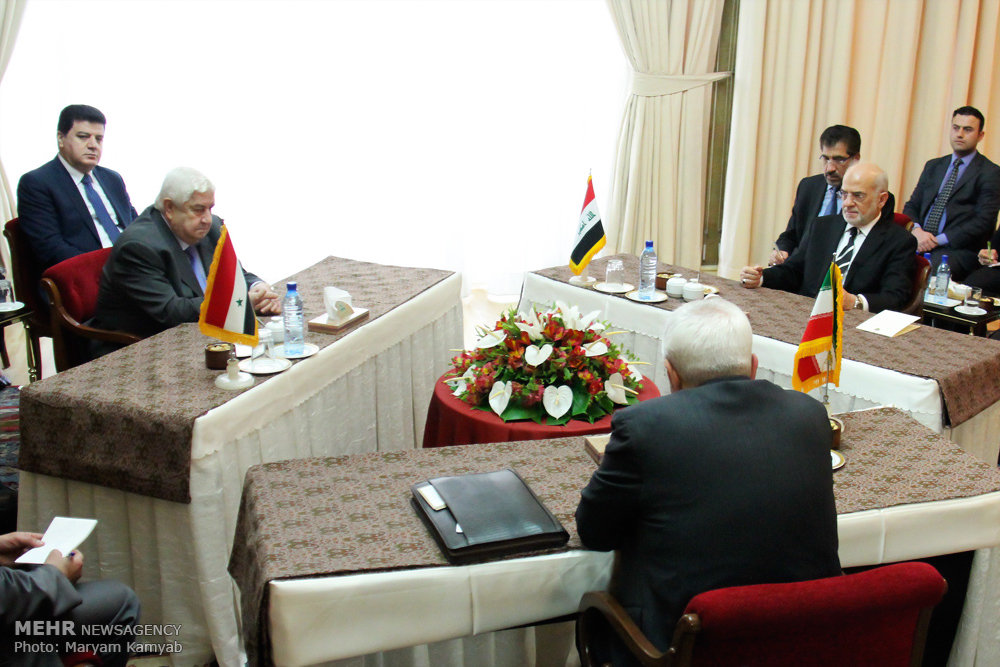 Tehran, Baghdad, and Damascus have collectively condemned the latest Israeli airstrikes on Syria.

They also called on the international community to take necessary measures to decry the Israeli air raids.

Zarif, Muallem and Ja’afari also discussed the latest developments in the region, namely issues surrounding the activities of terrorist groups especially in Syria and Iraq, and dismissing terror groups’ operations as a common threat and concern.

The three senior diplomats also stressed the necessity of the continuation of consultations between Iran, Iraq and Syria at the level of deputy foreign ministers, urging further exchange of information between the three countries in the fields of politics and fighting terrorism and violence.

If the countries which are worried about terrorist groups mushrooming in the Middle East do not launch an all-out campaign against these groups, the activities of the groups will not remain limited to Iraq and Syria, and insecurity and instability will threaten not only the region but the entire world more than ever before, the three foreign ministers said.

ISIL Takfiri terrorists have been operating in Iraq and Syria. Western powers and some of their regional allies — especially Qatar, Saudi Arabia, and Turkey — are reportedly supporting the militants.