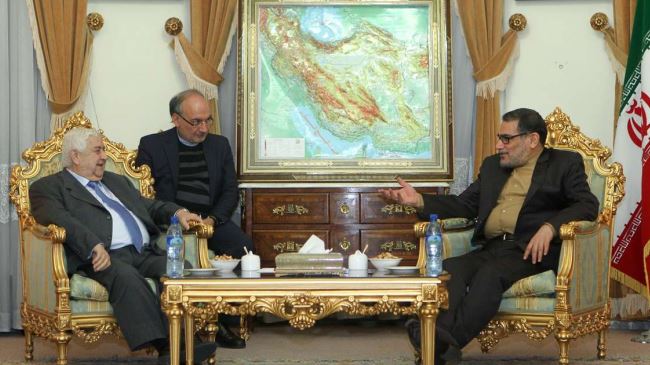 A senior Iranian official says Israel’s recent airstrikes against Syria do not work in any way to make the Tel Aviv regime more secure.

Such measures do not have any bearing on Israel’s growing insecurity, said Secretary of Iran’s Supreme National Security Council Ali Shamkhani in reference to the aerial attacks at a meeting with Syrian Foreign Minister Walid al-Muallem in Tehran on Tuesday.

Israeli warplanes carried out two aerial assaults against an area of the Damascus International Airport and another airport in the town of Dimas on Sunday.

Shamkhani further criticized some countries’ efforts to create a no-fly or buffer zone in Syria’s border regions, saying that such measures will “damage the country’s sovereignty and territorial integrity,” instead of “establishing security and alleviating the pains of downtrodden Syrians.”

“Effort by the regional and extra-regional supporters of terrorist groups in creating the war of attrition in Syria is doomed to fail,” noted the Iranian official.

Muallem said that by the Syrian people’s resistance and unity “and the support of friendly countries like Iran, Russia, and Iraq,” terrorism can be eradicated in the region.

Syria has been gripped by deadly violence since 2011. Western powers and their regional allies — especially Qatar, Saudi Arabia and Turkey — are reportedly supporting the militants operating in Syria.