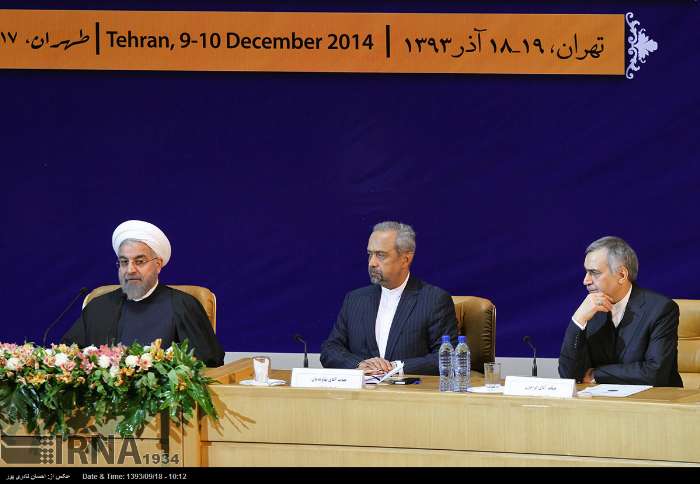 President’s proposal to WAVE confab prelude of a joint resolve

Tehran, Dec 10, IRNA – Chief of Staff of Presidential Office Mohammad Nahavandian said the 10-point proposal of President Hassan Rouhani to the international WAVE conference in Tehran would prepare the ground for reaching a joint determination to fight extremism.

Speaking to IRNA on Wednesday, Nahavandian said the two-day conference on World Against Violence and Extremism (WAVE) which began here on Tuesday would help find a common understanding of roots of extremism which would in turn lead to taking a joint action against it.

The official also said conducting of the WAVE conference in Iran foiled efforts made by certain Western media’ to spread Iranophobia and Islamophobia among world nations.

The overwhelming approval of President Rouhani’s proposal in the UN General Assembly in 2013 indicated baselessness of the claims made by Western media, Nahavandia added.

President Rouhani had originally made the WAVE proposal in his address to the UN Disarmament Conference in New York on September 25, 2013.

It was ratified at the UN General Assembly on December 18, 2013, with 190 votes and was called the WAVE Act.

According to Nahavandian, Iran has ‘globalized Islam’s message of peace and friendship by introducing the WAVE proposal.’

The official referred to Tehran as the pioneer of the fight against extremism.

The WAVE conference which is to end today, is attended by delegates from 53 countries. The gathering was inaugurated by President Rouhani’s speech.