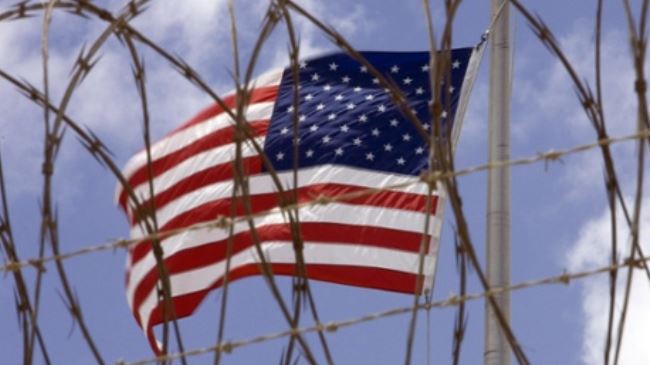 Obama’s reaction to the Senate report: Torture is good

The Senate Intelligence Committee released a report detailing torture techniques used by the Central Intelligence Agency during the term of George W. Bush.

A truncated version of the Senate investigation into the CIA’s Terror War torture regime has finally been released. Even in its limited form, it details an operation of vile depravity, one which would plunge a civilized nation into a profound crisis of conscience and spark a deep and anguished debate on how best to transform a system of government — and a national ethos — that could lead to such putrid crimes. It would also occasion a wide-ranging effort to subject the originators, perpetrators and accomplices of the torture program to the full measure of legal punishment they deserve.

Needless to say, nothing like that is going to happen in America. Indeed, even before the report was released, the New York Times — the standard-bearer and shaper of “decent” liberal thought for the nation — was splashing an opinion piece on the front page of its website, demanding that we “Pardon Bush and Those Who Tortured.” This was the very first “think piece” pushed by the Times on the morning of the report’s release.

I’m sure that by the end of the day, the dust will have already settled into the usual ruts. The Hard Right — and its pork-laden publicists — will denounce the investigation and continue to champion torture, as they have done in the weeks running up to the release. The somewhat Softer Right that constitutes the “liberal” wing of the ruling Imperial Party (and its outriders in the “progressive” media) will wring their hands for a bit — as they did during the multitude of previous revelations about systematic torture, White House death squads, Stasi-surpassing surveillance programs, war profiteering, military aggression and so on. Then they will return to what is always their main business at hand: making sure that someone from their faction of the Imperial Party is in the driver’s seat of the murderous War-and-Fear Machine that has now entirely engulfed American society.

Speaking of the Machine, what has been the reaction of the current driver, the belaurelled prince of progressivism, Barack Obama? He sent out the present head of the CIA, John Brennan, an “Obama confidant,” as the Guardian notes, to … defend the use of torture.

You see, one of the main points of the report was that the abominable practices ordered at the highest levels of the American government and used far more widely than previously admitted were not even effective. This, of course, is the most damning criticism one can make of the soul-drained technocrats who staff the Empire. Morality and humanity be damned; the real problem was that torture didn’t work. It produced reams of garbage and falsehood from hapless victims who, like torture victims the world over, from time immemorial, simply regurgitated what they thought their tormentors wanted to hear.

So in the end, the torture regime was not only ineffective, it was counterproductive: this is the report’s conclusion. But it is this that the Technocrat-in-Chief cannot bear. And so he sent his confidant Brennan out to refute this heinous charge. Brennan actually got up in public and said, openly, that torture did work and that it’s a good thing:

“Our review indicates that interrogations of detainees on whom EITs were used did produce intelligence that helped thwart attack plans, capture terrorists, and save lives. The intelligence gained from the program was critical to our understanding of al-Qaida and continues to inform our counterterrorism efforts to this day,” Brennan said.

“EIT” is, of course, the technocratic euphemism for the systematic brutalization of helpless, captive human beings by wretched cowards armed with the power of the state. Brennan — Obama’s confidant — says, in the name of the president, that torture “saved lives.” What’s more, he admits that Obama is still using the fruits of the torture program to “inform our counterterrorism efforts to this day.”

Let’s say this again: the conclusion of the Barack Obama administration is that the use of torture is a good thing, and that it is still “informing” its Terror War operations “to this day.”

One of the chief objections mouthed by the torture champions opposed to the release of the report was that public exposure of these crimes would rouse anger and anti-American feeling around the world. This was always a specious argument, of course; the people targeted by Washington’s Terror War have always known full well what is being done to them and theirs. This latest report will merely be another confirmation, another tranche of evidence to add to the mountain of war crime and atrocity they have experienced.

No, it is not the report itself, but the reaction of the American establishment — particularly the Obama Administration itself — that will be the true scandal, a new outrageous slap in the face. A door opens up on a sickening chamber of horrors …. and all that Obama can say is that torture is good; yea, it is even salvific, it saves lives, it is good and effective and necessary and we need it.

Torture is good. That is Barack Obama’s takeaway from the Senate report. It is astounding — or would be astounding, if we were not living in an age given over to state terror and elite rapine.