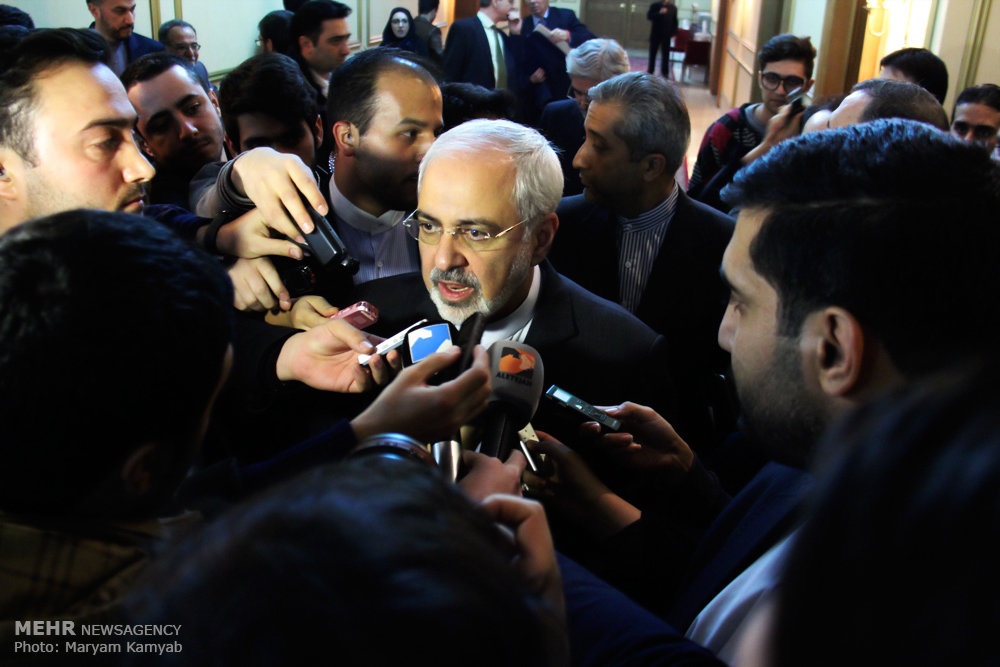 Iran, P5+1 to hold next round of talks at deputy level: Zarif

Iranian Foreign Minister Mohammad Javad Zarif says the next round of talks between Tehran and the P5+1 group will be held at the deputy level.

We are working to determine a date in December for the resumption of talks over Iran’s nuclear program, Zarif said, adding that the next round of negotiations will be held on the deputy level.

He said that the talks will then continue, so that the two sides can reach an agreement.

Zarif made the remarks on Tuesday on the sidelines of an international conference on the World Against Extremism and Violence (WAVE) in the Iranian capital, Tehran.

He once again stressed that a final deal over Iran’s nuclear work is possible provided there is political will.

“We have repeatedly said that if there is political will and there are no excessive demands, we will be ready to accept a logical, fair and rational solution, as highlighted by Leader of the [Islamic] Revolution [Ayatollah Seyyed Ali Khamenei],”  Zarif said.

In their last round of talks, Iran and the P5+1 countries — the United States, France, Britain, Russia, China and Germany — wrapped up a week of intense closed-door nuclear negotiations in the Austrian capital of Vienna on November 24. The negotiations aimed to tackle the remaining obstacles that exist in the way of reaching a final agreement.