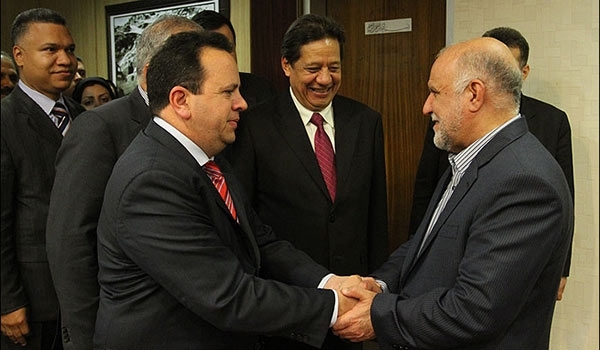 TEHRAN (FNA)- Venezuelan Oil Minister Asdrubal Chavez said that Iran’s stance in the last meeting of the Organization of Petroleum Exporting Countries (OPEC) in Vienna serves the interests of all the member states.

Chavez, who was accompanied by a number of high-ranking Venezuelan officials including deputy head of the study center of Venezuelan Central Bank and the Venezuelan Minister of Economy and Finance, called for expansion of Tehran-Caracas cooperation.