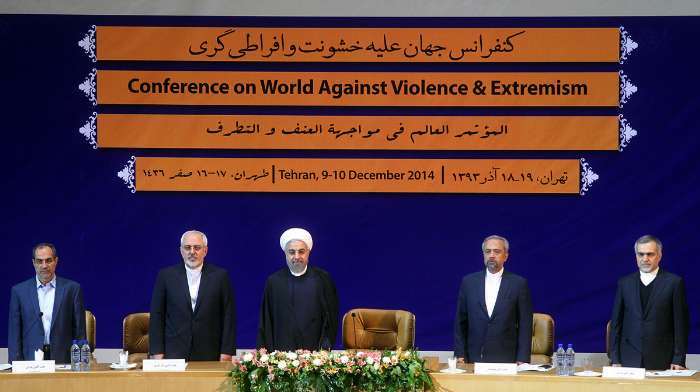 Rouhani proposes Dec 18 as World Day against Violence and Extremism

He made the remarks in his opening speech to the international conference on World against Violence and Extremism (WAVE).

President Rouhani proposed the date because it coincides with the anniversary of a UN General Assembly resolution last year.

President Rouhani highlighted the need for the governments to cooperate in a bid to bring about a world void of violence.

He said governments should orchestrate policies to push aside extremist groups.

He further stressed the importance of enhancing efforts by all governments and peace-loving movements to optimize coordination, interaction, understanding, cooperation and zeal worldwide to fight violence and extremism.

Rouhani believed the universal enthusiasm shown to the idea of a world free of violence and extremism and the fact that it was adopted almost unanimously with world countries indicates the necessity and significance of anti-violence attempts worldwide.

The Iranian President further referred to the ongoing conference in Tehran and said he was confident such collective actions will be of great results.

Though extensive economic cooperation and political interaction led to reducing amount of violence and extremism in significant parts of the world, he added, it unfortunately persisted in other parts of the world like the Middle East, claiming lives of tens of people everyday.

President Rouhani inaugurated the international conference on World against Violence and Extremism (WAVE) here this morning.

Experts and scholars from 40 countries are participating in the event.