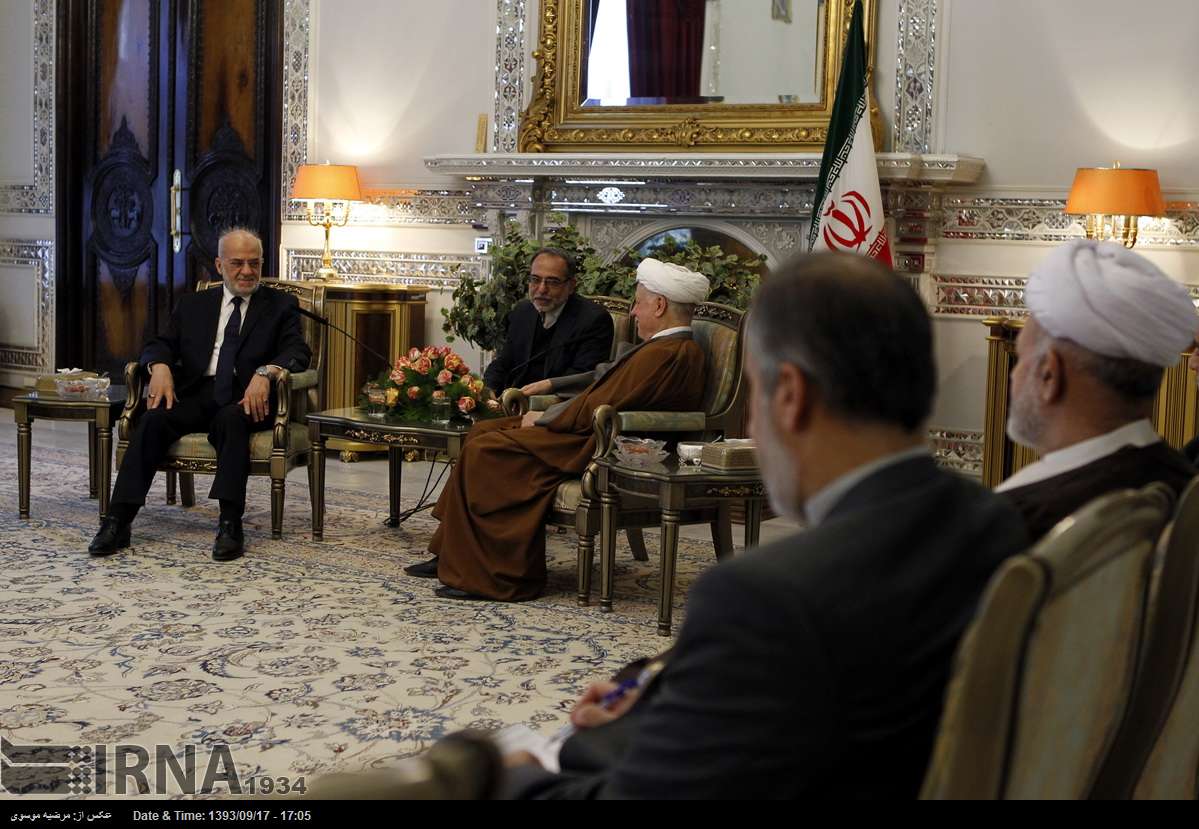 Tehran, Dec 8, IRNA – Chairman of the Expediency Council Akbar Hashemi Rafsanjani said on Monday that Iraq can play a very significant role to help resolve issues in Syria and Lebanon.

Rafsanjani made the remarks in a meeting with visiting Iraqi Foreign Minister Ibrahim al-Jaafari.

Cooperation of Islamic countries with Iraq will be to the benefit of the Muslim World and strong relations between nations and Islamic governments, he said.

Some of the countries in the region should be persuaded to accept that presence of terrorists groups will engulf the entire region, he said.

Due to heavy bombardments and shellings in recent years, the country’s natural resources were demolished but the ratio of Iraq’s oil reserves with the number of population should be regarded as a valuable asset for the era of reconstruction, he said.

He said that the important point is that Iraq can absorb technological know-how and foreign investments.

The Iraqi foreign minister, for his part, highlighted his regional tour and called for coordination between regional countries in campaign against Daesh terrorist group.

The Iraqi foreign minister said that all Arab countries have adopted a harmonized approach to deal with Daesh Takfiri group and voiced readiness for partnership in the international campaign against terrorism.

Iraq is to mend fences with the world countries and avoid political struggles with other countries, he said.

On bombardment of Daesh Takfiri group in Syria, he said we should employ all facilities to uproot this violent terrorist group.

Western nationals who joined Daesh Takfiri group will take back violence, insecurity and terror to their countries, he said.