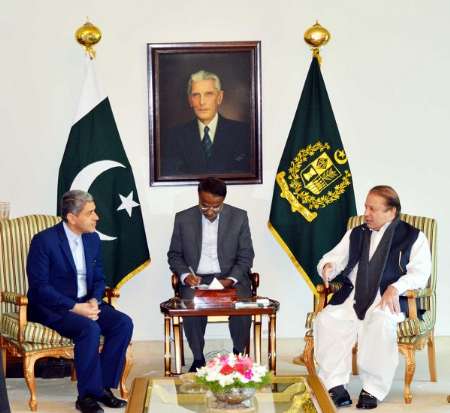 Pakistan PM calls for expansion of all-out ties with Iran

Sharif made the remarks in a meeting with visiting Iranian Minister of Economy and Financial Affairs Ali Tayyebnia.

Pakistan, he added, is serious in implementation of the gas pipeline project with Iran and has increased the volume of electricity imports from the neighboring country.

Sharif also expressed hope that Iran and the P5+1 could achieve desirable outcomes in near future.

Tayyebnia, for his part, conveyed warm greetings of President Hassan Rouhani to the Pakistani PM.

Tayyebnia said the level of Tehran-Islamabad transactions is not satisfying, adding it does not suit good political relations between the two nation.