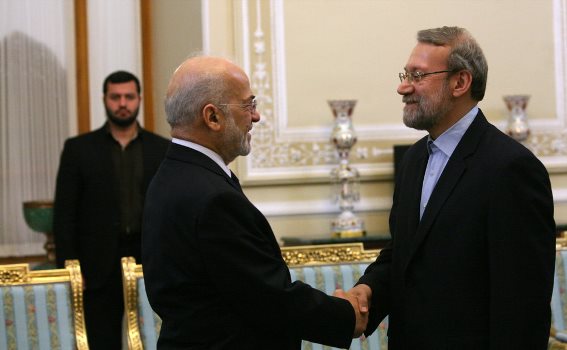 Larijani made the remarks in a meeting with visiting Iraqi Foreign Minister Ibrahim al-Jaafari.

Larijani said that the US administration statement that campaign against terrorists in Iraq and resolving the security crisis in Iraq will last several years indicated that they are masterminding a plot through raising the issue.

The Iraqi foreign minister, for his part, thanked Iran’s assistance to the Iraqi government to deal with Daesh.

The two officials discussed expansion of mutual relations and cooperation along with regional developments.