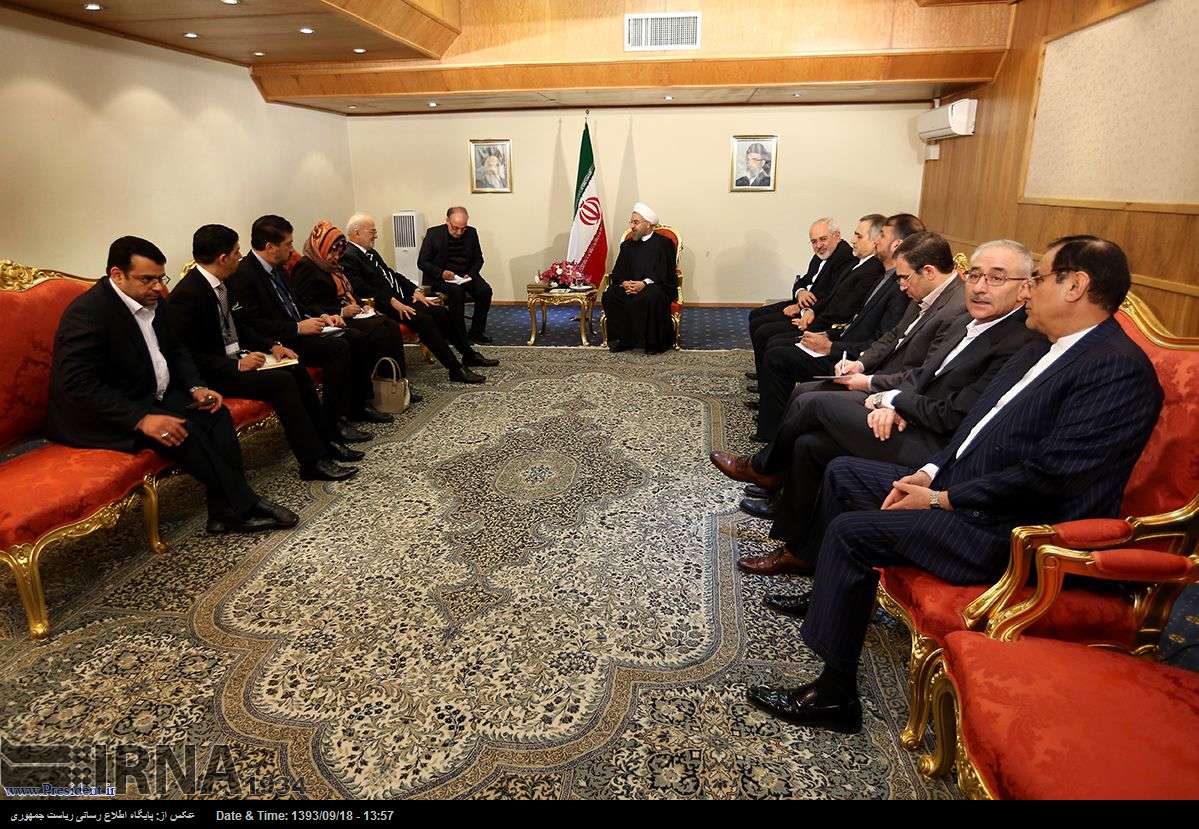 Large ceremony for Arbaeen indicates terror threats do not work

Tehran, Dec 9, IRNA – President Hassan Rouhani on Tuesday said that large crowds of mourners have taken part in Arbaeen ceremony indicates that the terror threats do not work.

Large crowds of people have moved from different countries to Karbala to celebrate Arbaeen indicates the Muslims’ unity, solidarity and love for Prophet Mohammad (Peace Be Upon Him) Infallible Household.

President Rouhani made the remarks in a meeting with Iraqi Foreign Minister Ibrahim al-Jaafari. The meeting was held on the sidelines of a two-day international conference on a World Against Violation and Extremism (WAVE).

President Rouhani said cordial relations between the Iranian and Iraqi nations are the outcome of their religious and cultural affinities.

He expressed pleasure with liberation of vast Iraqi areas from the grip of Daesh (ISIS) terrorists.

He hoped that entire Iraqi territory will be liberated soon from the terrorists clutch thanks to the bravery of the Iraqi people, government and Army.

Reiterating Iran’s support for Iraq, the President said that the Islamic Republic of Iran ‘considers Iraq’s stability and security as its own security and stability and has so far proved that in practice.’

Meanwhile, the Iraqi minister, for his part, appreciated Iran’s support for Iraq.

Jaafari said Iran played a very positive role in restoration of stability to Iraq and helped Iraqis save their provinces from being taken by the terrorists even before the formation of the so-called US-led coalition against terrorism.

Referring to large crowds of marchers to mark Arbaeen in Iraq, Jaafari said that the ceremony echoes solidarity of the Muslims with the Iraqi government.

Arbaeen is a Muslim religious observance that occurs 40 days after the Day of Ashura. It commemorates the martyrdom of Imam Hussein (AS), the third Imam of Prophet Muhammad (PBUH) Infallibe Household, in the Battle of Karbala, modern Iraq in the year 61 AH (680 CE) Imam Hussein and 72 companions were martyred.

Arbaeen falls on the 20th day of the month of Safar.

According to Interior Minsitry figures, over 800,000 Iranian pilgrims of Imam Hussein have entered Iraq until Monday with many others waiting to pass borders into that country to attend Muslims largest mourning ceremony.

Muslims from other countries including Pakistan, Bahrain, Kuwait and Saudi Arabia also headed for Iraq to take part in the landmark ceremony.