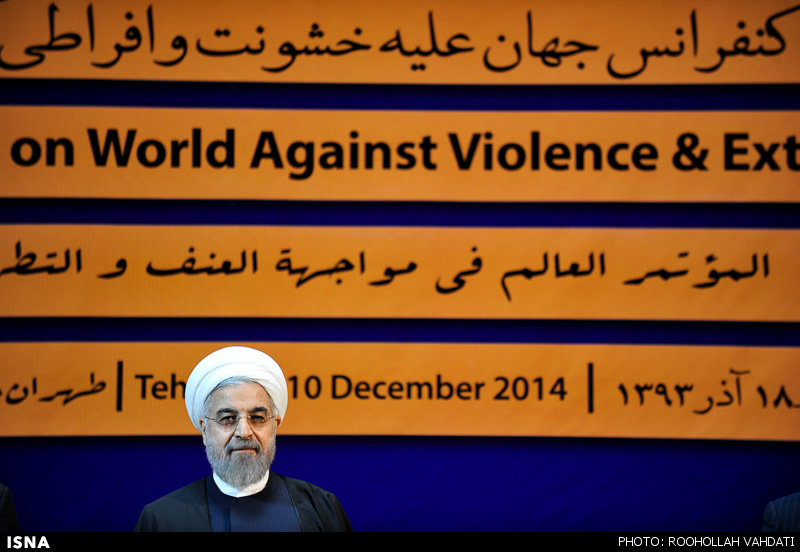 TEHRAN (FNA)- Iranian President Hassan Rouhani called on the regional countries to increase cooperation and coordination to fight violence and marginalize extremist groups, cautioning that the intervention of the trans-regional powers only worsens the situation.

“A world free of violence is materialized when the governments cooperate with each other and have coordinated policy-making and if so, the extremist groups will be marginalized,” Rouhani said, addressing the first World against Extremism and Violence (WAVE) Conference in Tehran on Tuesday.

Meantime Rouhani warned against the meddling of the trans-regional powers, saying that their intrusion in regional affairs only worsens the status quo.

President Rouhani proposed today that December 18 will be named as the International Day against Violence and Extremism after Iran’s proposal was approved by the UN.

On December 20, 2013, Iran offered to host an international conference on UN resolution adopted based on President Rouhani’s WAVE initiative which is now being held in Tehran with several world ministers’ participation.