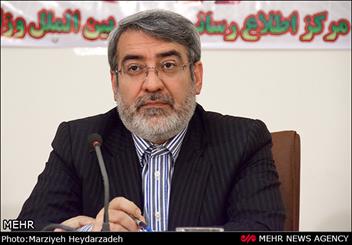 Abdolreza Rahamani Fazli made the proposal for the establishment of the Solid Caspian Sea Emergency Center in his Monday evening meeting with the Russian Minister of Extraordinary Situations Vladimir Puchocov, further elaborating that such a state center can cooperate and harmonize with the emergency organizations of the Caspian Sea littoral states.

“The move is in line with the agreements reached at the Astrakhan Caspian Sea Littoral States Summit aimed at boosting cooperation among those countries,” added the Iranian minister.

He said that such a center can be an independent organization that deals with such issues as Caspian Sea pollution and launching of war games aimed at encountering unpredictable events and incidents.

The Russian Minister of Extraordinary Situations Puchocov, too, welcoming the Iranian side’s proposal and said that his affiliated ministry will support the initiative and will try to implement it.

“This is a very useful initiative and the other Caspian Sea littoral state, too, will welcome it if Iran and Russia will propose it to them,” he added.

The Russian minister also referred to the expiry of an Iran-Russia Emergency Situations Warning memorandum of Understanding (MOU) which was signed in 1999 and the need to sign another cooperation agreement in the field of encountering the unexpected events and warning about them.

The Iranian side agreed with both proposals and it was decided that the two sides will prepare the drafts for those agreements to be signed in near future.

The Iranian interior minister who arrived in Moscow at the top of a high-ranking delegation is also scheduled to meet with his Russian Counterpart Vladimir Alexandrovich Kolokoltsev during his two-day official visit.