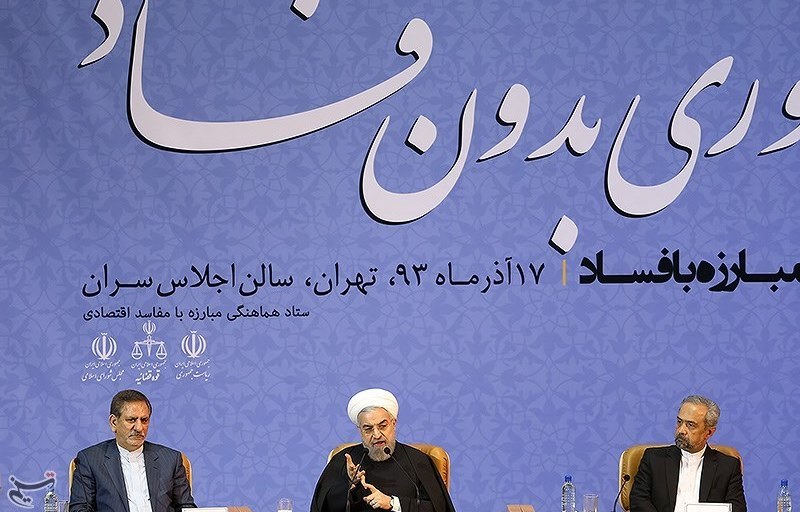 TEHRAN, Iran (AP) — Iran’s President Hassan Rouhani is criticizing widening corruption in his country in unusually blunt terms, saying money once “given under the table now is being given on the table.”

Rouhani made the comments Monday at a meeting of an anti-corruption campaign aired live on state television. They come as Iran is in the middle of a plan to decentralize and privatize its economy. Supreme leader Ayatollah Ali Khamenei repeatedly has warned officials over possible corruption during implementing the program.

In May, Iran executed a billionaire businessman Mahafarid Amir Khosravi, convicted of being at the heart of a $2.6 billion state bank scam in Iran, the largest since the 1979 Islamic Revolution.

On Monday, Rouhani said: “The continuation, the deepening and the expansion of corruption is endangering … the Islamic Revolution.”