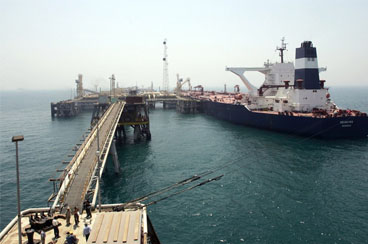 Naser Sajjadi said supplying fuel oil to the vessels was 10 million liters a day on average.

NIOPDC hopes to supply four million tons of fuel to vessels in the current calendar year.

Iran is to see its share in the bunkering operations rise significantly in the coming years, the bunkering chief of National Iranian Oil Products Distribution Company said in May.

Afshin Karami said Iran’s contribution to fuel supply to vessels is envisaged in the country’s five-year development plan (ending in March 2015) to rise by 20 percent every year.

The official said the development plan’s objectives would be realized through selling fuel oil and gasoil.

NIOPDC launched bunkering operations in 2006 in the southern province of Bandar Abbas. The company is currently refueling thousands of oceangoing vessels a year.

During the Iranian calendar year to March 2014, NIOPDC supplied 2.7 million tons of fuel oil and 120,000 tons of gasoil to vessels.

Bunkering is estimated to earn Iran 1.5 to two billion dollars this year.