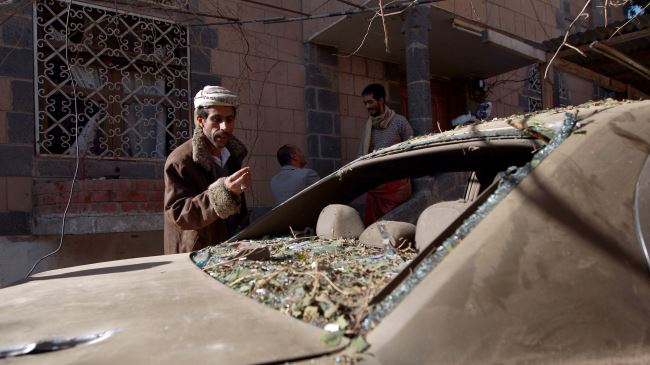 Five roadside bombs have gone off in the Yemeni capital Sana’a, leaving eight members of the Houthi movement Ansarullah wounded.

According to the Yemeni Ministry of Defense, the bombs targeted Houthi fighters’ checkpoints and some houses early on Monday while two other devices were dismantled.

The injured were taken to hospital and three of them are said to be in a critical condition.

There has been no immediate claim of responsibility for the bombings, but the attacks bear the hallmarks of a branch of the al-Qaeda militant group in Yemen.

The militants on December 3 claimed a car bomb attack on the residence of the Iranian ambassador to the Arab country in a statement published on their Twitter account.

Al-Qaeda militants frequently carry out bomb attacks in Yemen and have been locked in deadly battles with Ansarullah fighters.

AL-Qaeda-linked violence against Yemeni security forces has also been growing since February 2012, when President Abd Rabbuh Mansur Hadi came to power in a one-man election backed by Saudi Arabia and the United States.

Yemen’s central government has so far failed to confront the terrorist threat. Shia Ansarullah fighters, however, have intervened to fill the vacuum and have driven al-Qaeda militants out of many areas in the country.

Meanwhile, in a separate development on Monday, media reports said that Yemeni President Hadi has sacked his armed forces chief of staff.

No reason was given for his sacking Ahmed Ali al-Ashouel on Sunday who was replaced by General Hussein Naji Hadi Khairan.