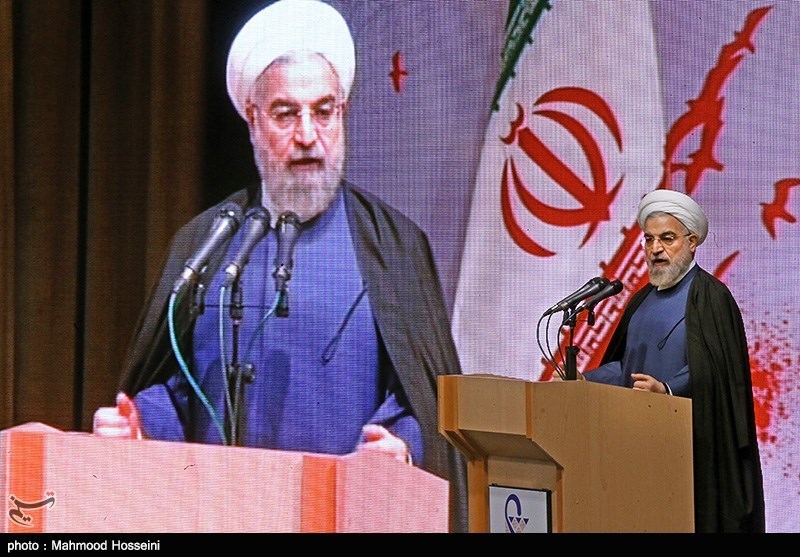 TEHRAN (Tasnim) – Iranian president Hassan Rouhani has described the talks between Iran and the six world powers over Tehran’s nuclear energy program as serious and progressive.

“Today, the world has come to the conclusion that the negotiations are serious, logical, and progressive…. It has accepted that the Islamic Republic of Iran is equipped with the weapon of logic and rationality,” said president Rouhani in an address to a gathering of Iranian students in the capital Tehran on Sunday.

Rouhani reiterated that his administration will continue to safeguard the rights of the Iranian nation and the national interests and is not afraid of facing criticism.

In their last round of talks in Vienna, Iran and the Group 5+1, including the US, Britain, France, Russia, China and Germany, wrapped up a week of closed-door intense nuclear negotiations on November 24 and decided to extend their discussions for seven more months.

Elsewhere, in his speech, the Iranian president pointed to Iran’s efforts to tackle violence and said the Islamic Republic has always been against violence and extremism.

“Today, everyone agrees that the Islamic Republic of Iran is opposed to violence and extremism and if it were not, its proposal for World Against Violence and Extremis would have never been approved at the UN general assembly by consensus,” Rouhani noted.

Meanwhile, Representatives from 40 countries will take part in an international meeting in Tehran to seek new strategies to curb the menace of violence and extremism in the world, secretary of the WAVE conference announced.

The main subject of the conference, slated for December 9-10, includes ways to address the “global concern about the violent conditions in the cotemporary world.”

Iran attracted attention last year as one of the first countries that anticipated a growing trend in extremist moves in the world.