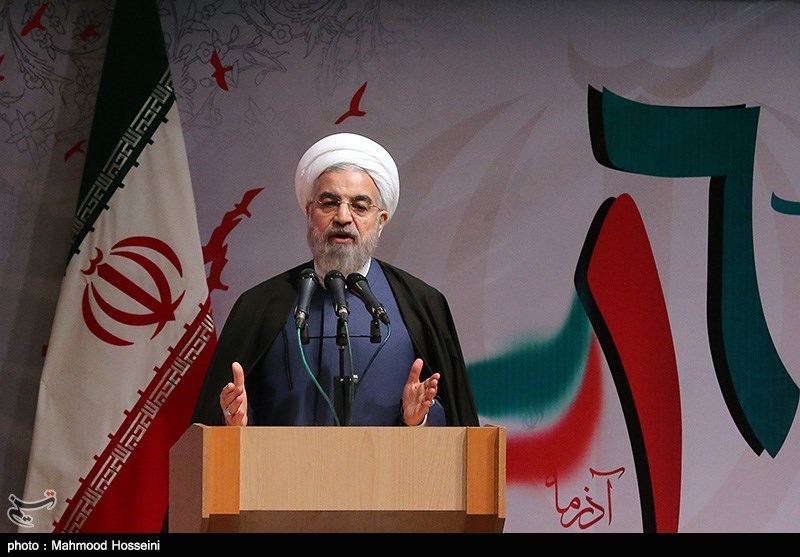 The President made the remark while addressing a gathering of students in Iran Medical Sciences University to celebrate the National Student Day.

Today, the whole world admits the serious and progressing nature of Iran’s nuclear talks and nobody doubts it any longer, he noted.

He said by now the world has come to admit that Iran is against violence and radicalism.

He reiterated that his government will stand loyal to the promises it has made to the people, stressing that it will strongly defend the national interests, national security and rights of the nation.

He pointed to various aspects of a university student’s life and said the students should try to create a full picture of the developments in their societies in addition to achieving the highest academic knowledge.

Referring to the achievements made by people in the past three decades, he said, thanks to the victory of the 1979 Islamic Revolution in Iran, national sovereignty and democracy are now the most basic rights of the nation.

The President stressed that the system in Iran gets its political and legal legitimacy from ballot boxes, underlining the need for safeguarding such achievements.

He further announced that he is determined to keep the promises he made to the academic community.

Outlining some of the economic achievements of his government, President Rouhani said the attitudes of world leaders towards Iran indicate a remarkable change.

He stressed that now the world is trustful of the general atmosphere and the security status in Iran, adding that

most of hotels, especially those located in tourist hubs, have already been booked by foreign tourists until the end of the next summer.

The students were killed on December 7, 1953, when police opened fire on students protesting a coup supported by the American and British governments to topple the country’s elected Prime Minister Mohammad Mosaddeq.