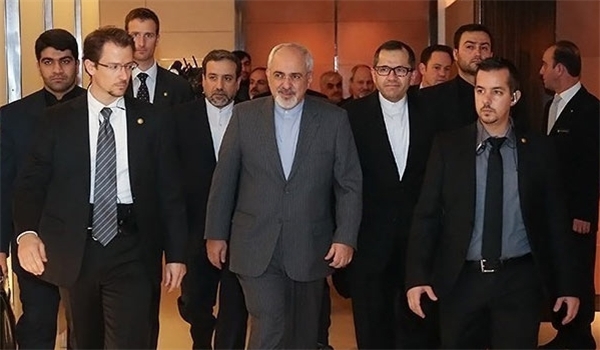 TEHRAN (FNA)- Iranian Foreign Minister’s Legal Adviser Davoud Ahmadnia voiced satisfaction in the progressive trend of the talks between Iran and the six major world powers, and underlined that the country’s negotiators are resolved to remove any barrier in the way of the nation’s progress and prosperity.

Addressing a student gathering at Hamedan’s Avicenna University, Ahmadnia said that the defined objectives by the Iranian negotiation team include preserving the country’s nuclear achievements, taking the Iranian nuclear file out of the UN Security Council’s  agenda, and lifting the obstacles in the way of the country’s development and advancement.

“The country’s defined objectives in operational dimension include harnessing the crisis, preserving a certain level of enrichment, effective lifting of the sanctions, blocking the path for imposing new sanctions, taking the Iranian nuclear file out of the UN Security Council agenda, naturalizing the status of the Iranian nuclear program’s file at the IAEA board of directors, and lifting the entire nuclear sanctions,” he added.

The diplomat said that in accordance with the general macro-scale policies of the Islamic Republic of Iran, the redlines defined by the Leader of Revolution, the president and the Supreme National Security Council (SNSC), the nuclear team is obliged to preserve every dimension of the country’s achievements.

“None of the country’s nuclear facilities will be shut down and that is one of our redlines, no facility will be dismantled, and no infrastructure will be exposed to alterations, or demolishing,” he added.