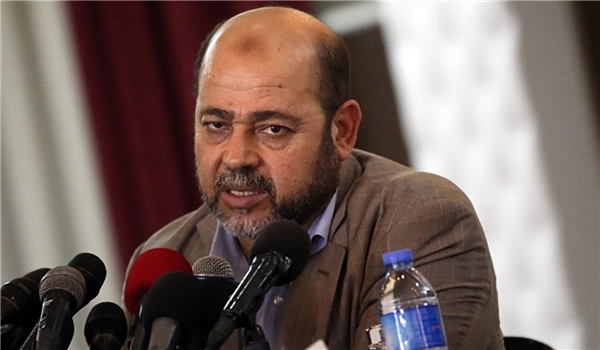 TEHRAN (FNA)- Senior Hamas Leader Mousa Abu Marzouq voiced satisfaction in the close and strategic relations between the Palestinian resistance movement and Iran, and praised Tehran for being the only country to extend its supports to Hamas.

“Iran is the only country that has stood beside Hamas and provided the resistance movement with financial, weaponry and training assistance,” Palestine Today news website quoted Abu Marzouq as saying on Sunday.

He noted that Iran is a country that has stood beside Hamas and for the same reason “we are thankful of that country”.

In September, senior Hamas official Mahmoud al-Zahar praised Tehran’s unsparing efforts as a main cause of the recent victory against the Zionist regime.

Addressing a political gathering in Gaza, Zahar said that anyone who contributes even a penny to the resistance is a partner in the oppressed Palestinian nation’s victory.

He said that Iran’s contributions to the Palestinian resistance movement led to improvement of Hamas military wing, and therefore, Iran is a serious partner in this victory.

The Palestinian official emphasized that Hamas needs to maintain a good level of relations with all Arab and Islamic countries and players, including Iran, Syria, the Lebanese Hezbollah and the Persian Gulf littoral states.