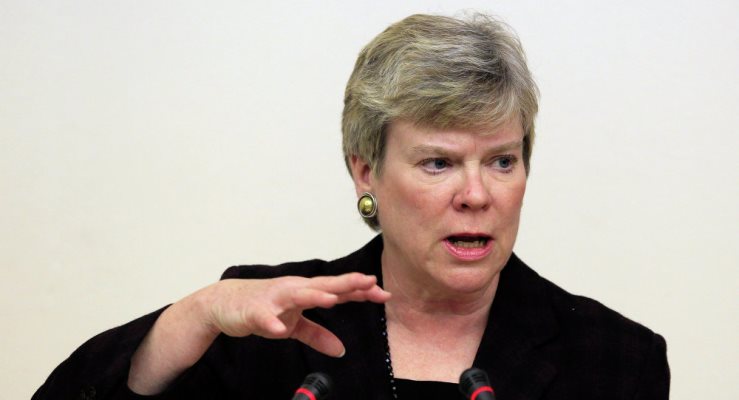 US appreciates Russia’s role in P5+1 talks: Under secretary of state

Rose Gottemoeller said that the US has been able to cooperate with Russia very well up to this point is the so-called P5+1 talks on Iran.

MOSCOW, December 5 (Sputnik) — The US Under Secretary of State for Arms Control and International Security on Friday positively evaluated Russia’s role during negotiations over Iran’s nuclear program.

“The second area where we’ve been able to cooperate with the Russians very well up to this point is the so-called P5+1 talks on Iran, where we are seeking an agreement that will remove any concerns that the Iranians are producing a nuclear weapon, and here too the Russians have been good partners at the negotiating table,” Rose Gottemoeller said at a news conference in Kiev.

The P5+1 group of countries joined diplomatic efforts in 2006 in light of Western countries’ suspicions that Iran was trying to build a nuclear weapon under the guise of a civilian nuclear program. Tehran has repeatedly denied the allegations saying its nuclear program was peaceful and aimed at meeting the country’s growing energy needs.

The latest round of talks between Iran and the P5+1 international mediators began on November 18 in Vienna. The five UN Security Council permanent members — Russia, the United States, the United Kingdom, France, China — and Germany were expected to sign a comprehensive long-term deal with Iran by November 24. The participants agreed to extend the deadline for reaching a deal until July 1, 2015 with the specific goal of finishing the political agreement within four months and to resume negotiations in the next few weeks.