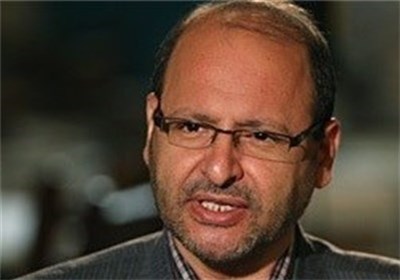 TEHRAN (FNA)- A senior Iranian lawmaker underlined Tehran’s support for the Palestinian nation, and said arming the West Bank should be accelerated to pave the way for making the Palestinian resistance stronger against Israel.

“Arming the West Bank as per the guidelines of the Supreme Leader (of the Islamic Revolution Ayatollah Seyed Ali Khamenei) is among the Islamic Republic’s principles and in line with strengthening the Palestinian nation,” member of the parliament’s National Security and Foreign Policy Commission Ahmad Bakhshayesh Ardestani told FNA on Saturday.

He underlined that by arming the West Bank, the resistance front in both Gaza and the West Bank will grow increasingly powerful and naturally Israel’s power will decrease and its security will shrink to minimum levels.

“The reality is that the American officials consider themselves more indebted to the US-based Zionist lobby and they adopt their stances accordingly, and the Supreme Leader’s message for arming the West Bank shattered the Zionist regime’s self-proclaimed awe and its claims that it has the world’s fourth powerful army,” Bakhshayesh added.

He noted that the Supreme Leader’s clear message for arming the West Bank made the Zionist regime understand that it should not take wolfish stances against Iran and should put a check on its behavior because Iran can strike effective blows at Israel’s security by arming the West Bank.

On the occasion of the anniversary of the International Quds Day in July, Ayatollah Khamenei strongly condemned the 51-day Israeli attacks on the Gaza people, and underlined that there needed to be a change in the war strategy against the Israeli regime, stressing that all Palestinians, including those in the West Bank, should be armed to accompany Gazans in their armed struggle against Tel Aviv.

“We believe the West Bank, too, should be armed just like Gaza and those who are interested in the fate of the Palestinians must work in this respect so that the pains and miseries of the Palestinian people will be decreased due to their mighty hands and the weakness of the Zionist enemy,” he underlined at the time.

Following the leader’s order, many Iranian officials, specially senior commanders, followed suit and underscored the necessity for arming the Palestinians in the West Bank, saying that the move would lead to Israel’s collapse.