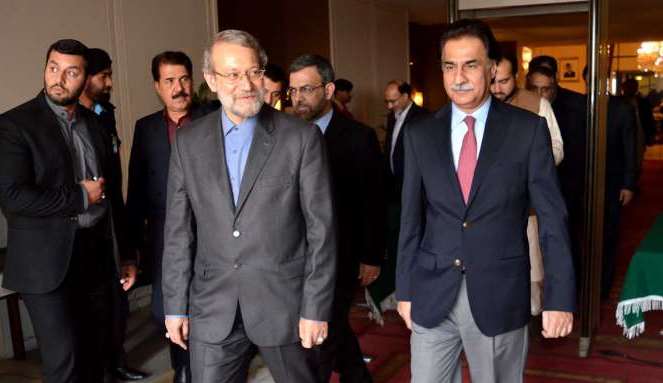 Tehran, Dec 6, IRNA – Majlis (parliament) Speaker Ali Larijani said in his meetings with senior officials of Pakistan, he had emphasized that security of borders with Pakistan is very important for Iran.

Upon his arrival at Tehran airport on Friday evening, Larijani told reporters since 70 percent of Pakistani population live in rural areas and their main job is agriculture, exchanging agricultural products with oil, gas and petrochemical products would be beneficial for both countries.

Referring to border and security issues between the two countries, Larijani said that in his meetings with Pakistani senior officials, he had underlined the importance of the issue for Iran.

He said he had also discussed important regional issues such as fight against terrorism.

The speaker added developing trade exchanges was discussed with Pakistani side and an MoU on parliamentary cooperation was signed.

He underlined that banking executive issues, which have caused problems in economic ties, was also discussed and the Minister of Economy and Finance will visit Pakistan to settle the problem.