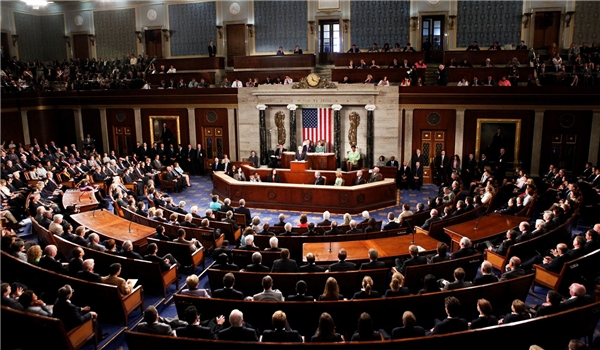 US administration warns Congress not to be ‘foolish’ on Iran

Washington: After returning empty-handed from talks in Vienna with Iran on its nuclear programme, the US administration will now go on the offensive in Congress to dissuade lawmakers from passing new sanctions against Tehran and prevent a collapse of the critical international negotiations.

The talks ended last week with the US and other major powers in the so-called P5+1 group missing a deadline and managing just an extension of their discussions with Iran.

Instead, the seven nations agreed to extend an existing interim deal for a further seven months until June 30, with the hope of drawing up a framework accord by March.

Under the interim deal, Iran receives limited access to its frozen oil revenues in exchange for freezing its nuclear enrichment.

ow, the second highest official at the State Department, Acting Deputy Secretary Wendy Sherman, will go Thursday before leaders of the Senate and House of Representatives for a closed door briefing.

Most favour tightening the screws on Tehran, which insists its nuclear programme is for peaceful purposes only and is desperate for relief from Western economic sanctions. Washington and its allies fear Iran is trying to build nuclear weapons.

To these lawmakers, “we will make a very strong case to them why now is not the time for new sanctions,” deputy State Department spokeswoman Marie Harf told reporters Wednesday.

National Security Adviser Susan Rice said it would be “foolish” for Congress, where both chambers will be Republican-controlled starting in January, to impose more sanctions on Iran.

“The P5+1 would fracture. The international community would blame the United States, rather than Iran for the collapse of the negotiations and the Iranians would conclude that there’s little point in pursuing this process at the negotiating table,” Rice said at a conference hosted by The Wall Street Journal.

The P5+1 group is made up of the US, China, Russia, France, Britain and Germany.

A draft calling for new sanctions has been sitting idle in the Senate for a year. It has the backing of 60 of the 100 members, but has been blocked by the White House.

It would present Iran with an ultimatum: if no definitive accord is reached in the next few months, Congress would automatically slap new economic sanctions on strategic sectors of Iran’s economy.

One of its sponsors, hawkish Democrat Robert Mendendez, chairman of the Senate Foreign Relations Committee, issued a stern warning Wednesday.

“At the end of the day, if no deal is reached by March 24, Congressional action to authorise prospective sanctions may provide the leverage we need to prevent Iran from becoming a nuclear weapons state,” he said

Behind the scenes, Republicans and Democrats are still discussing the wording of a draft that would be presented in early 2015.

The United States has been dealing with Iran for years over its suspect nuclear programme. But it has warned it will do anything it takes, including a military strike, to keep Iran from building the bomb.

Still, President Barack Obama has always preferred to seek a diplomatic solution, making a rapprochement with Tehran a priority of his foreign policy.

Some experts in Washington say new sanctions would be a disaster.

“More tough sanctions now may very well be self defeating and they could make Iran and the other P5+1 members leave negotiations and fail to accomplish the meaningful achievements,” warned Elizabeth Rosenberg, an analyst at the Center for New American Security.

“It could cause the talks to stall”, she said, adding that “new sanctions won’t stop nuclear enrichment activity.”

If Congress does pass new sanctions, Iran could react in two ways, said Karim Sadjadpour of the Carnegie Endowment for International Peace.

In either case the Iranians “are confident that the world is going to blame the United States for the failure, not blame Iran because they would say it is the Congress that exploded this deal.”