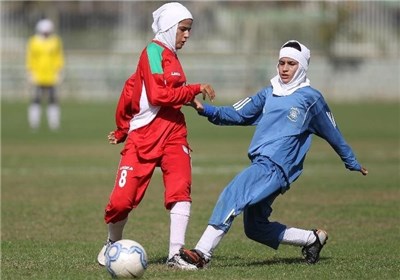 TEHRAN (Tasnim) – Iran has been drawn in Group C with Chinese Taipei and Laos in the FIFA Women’s Olympic Football Tournament 2016 in Brazil after Thursday’s draw at AFC House.

Myanmar, India, Bahrain and Sri Lanka have been drawn into Group A, while Group B consists of Uzbekistan, Jordan, Hong Kong and Palestine.

In Round 1, each group will play a one-round robin league at a centralized venue and the winners from each group (total three teams) will advance to Qualification Round 2, the-afc wrote.

The teams ranked sixth and seventh, Thailand and Vietnam respectively, automatically participate in Qualification Round 2 and will be joined by the three group winners from Round 1.

Teams ranked in the top five – Japan (1st), Australia (2nd), DPR Korea (3rd), China (4th) and Korea Republic (5th) – are the automatic contenders in the Qualification Final Round where they will be joined by the winner from Round 2.

The top two finishers from Qualification Final Round will fly the Asian flag at the Summer Olympics women’s football tournament.