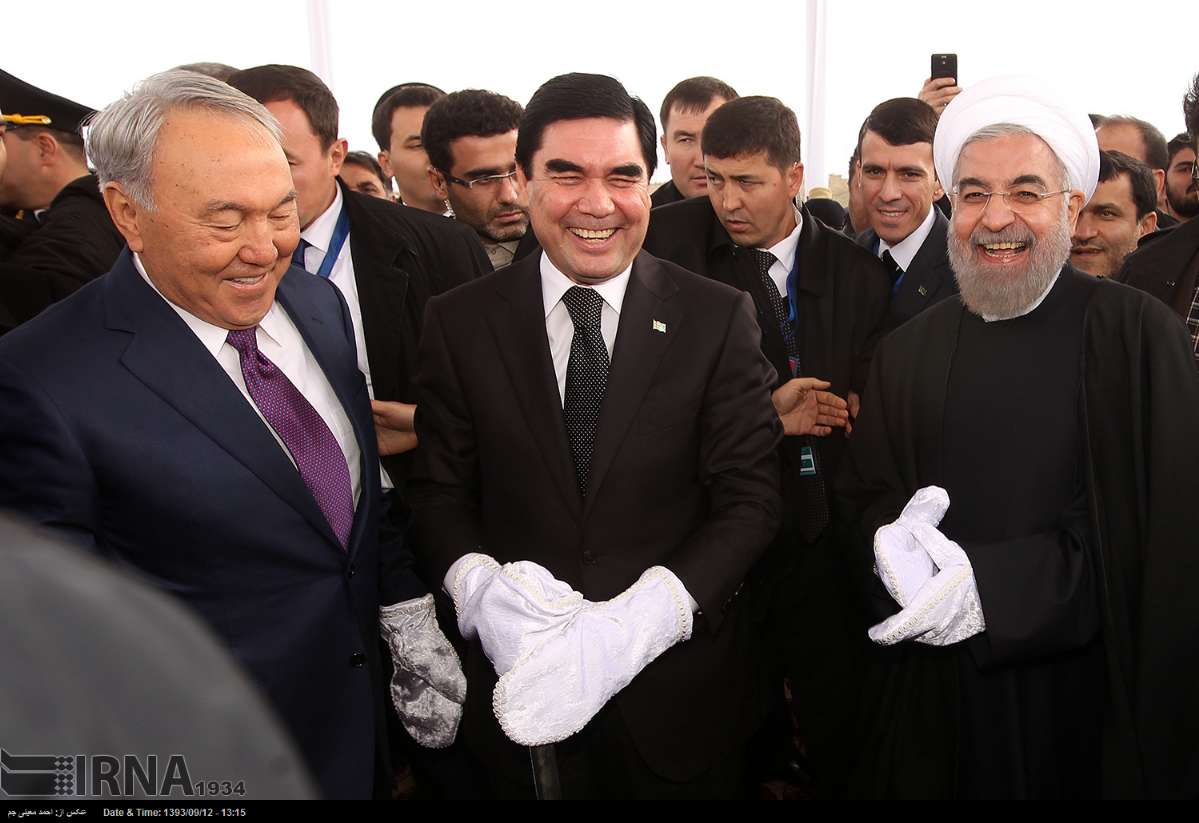 President Rouhani: Transfer of goods in region should cost cheaper

He made the remarks here in northeastern country on Wednesday in the opening ceremony of the huge railway project which connects Iran to Turkmenistan and Kazakhstan.

The ceremony was held in a train station inside the Turkmen territory.

Presidents of Turkmenistan and Kazakhstan are also participating in the ceremony.

President Rouhani noted that the transfer of goods among regional states should become more economical.

He said the capacity of the newly-inaugurated railway which links Iran with Central Asia should also grow.

The President noted that the railway project gives easier access for Turkmenistan and Kazakhstan to the Persian Gulf, Sea of Oman, China, Turkey, Europe and the Mediterraneans.

He said the three countries involved in the project should even take further steps towards completing the project which is of prime importance for regional nations.

Inche Boroun is located in the east of the provincial capital city of Gorgan, on zero border point with Turkmenistan and Kazakhstan.

The major part of transit in the world is conducted between China and the West with 350 million tons annually while the corridor plays a pivotal role in connecting China to Europe and Russia and to the Persian Gulf.

The opening of the railway will have positive effects in the region. It will play an important role in line with development of peaceful trade among CIS countries.

In the first years of the opening of the railway some three million tons of commodities will be transported which will gradually increase to five million and 10 million tons.