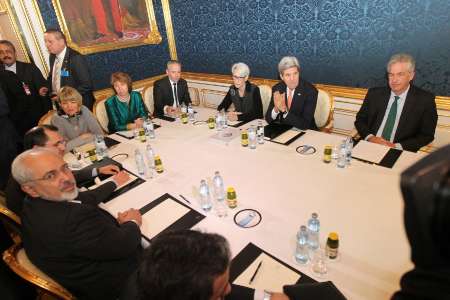 In the late 1960s, the Rolling Stones recorded one of their classic tunes, “You Can’t Always Get What You Want.”

The song’s philosophical message — to the extent Mick Jagger and Keith Richards thought about it — seemed to suggest that there are times in life when you can’t get what you want (most everything). But you just might get what you need (less than everything but still pretty darn good).

Based on my years in and around Middle East negotiations, that tune pretty well summed up the approach to successful negotiations, too. In every negotiation that worked, nobody got everything they wanted, no one got 100 per cent. But they at least received what they really needed to make the deal. In short, the perfect was not allowed to become the enemy of the good.

The Stones’ message was clearly not on display in the talks between six world powers and Iran last week in Vienna, certainly not on the part of the Iranian negotiators and their leaders in Tehran. In these so-called P5-plus-1 talks, U.S. negotiators may have hoped that Iran was willing to conclude a deal based on needs, not wants. But Iran clearly saw matters differently and felt little pressure to do a deal now. And here’s why.

It’s been evident for a good while that the negotiators in Tehran, Foreign Minister Mohammad Javad Zarif and even President Hassan Rouhani, aren’t running the show. No negotiator ever does. Leaders do. But for talks on truly big issues to work, negotiators and leaders need to be in sync. In this case, they’re not. The gap between what Zarif and Rouhani might have been willing to concede, particularly on Iran’s capacity to enrich uranium, and the red lines of the supreme leader, Ayatollah Ali Khamenei, and those around him was simply too wide to make a deal.

And the negotiators clearly failed to persuade the harder line mullahs — assuming they even tried — to be more flexible or of the urgency of the situation. Iran’s leverage and the integrity of the entire negotiating enterprise will be much weaker, not stronger, in Washington once a Republican Congress comes into session. Paradoxically for the hardliners, that’s OK. But more pressure on Tehran probably would only convince the mullahcracy that what the U.S. really wants is regime change, not a change in behaviour on the nuclear issue.

It is true that sanctions imposed by Washington, Europe and the UN Security Council were crucial in getting Iran to the table. But that doesn’t mean economic and financial pressure is powerful enough to compel an agreement. Iran is hurting from diminished oil sales, currency devaluation, budget deficits and banking and financial restrictions. But Iran’s capacity to withstand economic pain and to engage in what the supreme leader calls a “resistance economy” — one resistant to sanctions and outside economic pressures — is much greater than we think. No doubt hardline security elites are also making tons of money from the black market. Tehran also has been very agile in finding loopholes and cutting oil deals with Russia and China.

Iran also has no intention of throwing away billions invested in its nuclear infrastructure. We can’t underestimate how important Iran’s nuclear program is as a hedge against regime change and as a symbol of its great power status in the region, particularly to many hardline conservative elites convinced that the U.S. wants the mullahs gone. The nuclear issue has become part of Iran’s identity. Defying the West’s effort to restrict that enterprise has become a matter of national pride and dignity. Iran may not want to weaponize now. But those in charge may well want the option to do so at some point of their choosing.

Iran isn’t 10 feet tall, but the way the situation in the Middle East is playing out may have persuaded the mullahs that Iran’s centrality and influence in U.S. policy is increasing. There is a view that America needs Tehran to stabilize the situation in Iraq and in Syria, and to fight Islamic State militants. Indeed, Iran may actually believe that it’s winning, that there is less urgency to settle the nuclear issue now and much more incentive to not give in, and hope to gain more.

Finally, reaching an agreement in an environment in which the negotiators may have come to like and trust one another but the leaders do not is no easy matter. The domestic politics on each side allows little room for giving the benefit of the doubt. And from Iran’s perspective that means getting paid upfront with serious sanctions relief, not to be put on some kind of probation. Iran’s past and probably current cheating on nuclear matters, however, means that Washington has almost no flexibility when it comes to sanctions relief and will have even less with a Republican-controlled Congress.

Put all of this together and extending the talks for seven months becomes the least bad option, at least from the negotiators’ perspective.

So is a deal going to be possible next year? As U.S. Secretary of State John F. Kerry said in a news conference last week, it’s hard to imagine that time is going to make tough issues easier to resolve. Iran can’t continue on its merry way to becoming a nuclear threshold state and expect serious sanctions relief.

Right now, Iran isn’t prepared to make a choice. Will it in coming months? That’s not at all clear, but one thing is. I’m pretty sure the supreme leader isn’t a Rolling Stones fan.

Aaron David Miller, a vice-president at the Woodrow Wilson International Center for Scholars in Washington, served as a Middle East negotiator in Republican and Democratic administrations. He is the author of “The End of Greatness: Why America Can’t Have (and Doesn’t Want) Another Great President.” He wrote this for the Los Angeles Times.

This article was written by  Aaron David Miller for the opinion page of The Record on DEC. 3, 2014.