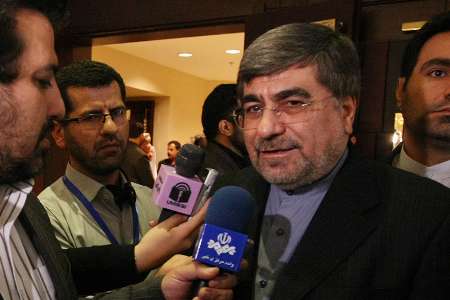 Tehran, Dec 3, IRNA – Minister of Culture and Islamic Guidance Ali Jannati expressed hope on Wednesday that Syria would soon rejoin the Organization of Islamic Cooperation (OIC) although its membership was suspended in the past.

He made the remarks while speaking to reporters on the sidelines of the inaugural session of the 10th Islamic Conference of Information Ministers (ICIM) being held in the Iranian capital on December 3-4.

Asked about the absence of a Syrian delegation in the ongoing ICIM meeting, Jannati said suspension of Syria’s membership was a decision made by the OIC in the past and Iran as a member of the organization that is hosting the OIC event, must abide by any decision which had been made by the body in the past.

He hoped that Syria would return to OIC in a near future and continue its presence as an active and effective member.

Referring to the high number of participants in the ICIM meeting, Jannati said it was normal as they consider Iran as an influential country in the region and in OIC.

Touching upon the issue of resolutions to be adopted during the ICIM meeting, Jannati said what is important is the implementation of the resolutions not their adoption. Many resolutions were ratified by the OIC in the past but have never been put in effect, regretted the minister.

He said Iran is trying to play an active role in materializing the resolutions in the remaining two-year term of its presidency over the OIC.

As for Iran’s relations with Saudi Arabia, Jannati said Tehran and Riyadh enjoy good and acceptable bilateral relations despite the fact that there are certain disagreements over some regional issues.

‘We have always said that Iran has a good and cordial relations with Saudi Arabia,’ Jannati stressed.