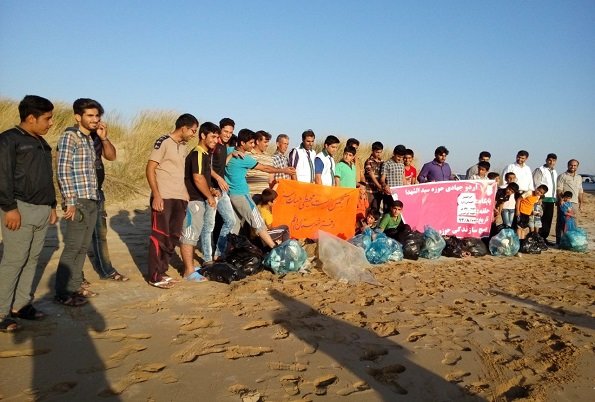 GANAVEH, Dec. 03 (MNA) – The Environmental Protection Agency launched a cleanup program and a drawing competition in Bandar Ganaveh in Bushehr Province to preserve the beauty of this tourist attraction.

CEO of Ganaveh Environmental Protection Agency Mohammad Tolideh told Mehr News that a drawing competition with the theme of environment was held at several schools in this county. A number of environmental activists then proceeded to partake in a cleanup event launched in several villages.

“The director of Deilam Green Life Forum delivered a speech among students on the significance of environment, observing environmental issues, as well as the forum’s future programs regarding environmental protection,” said Tolideh, “at the end, all participants at the drawing completion were rewarded and special prizes were given to winners.”

Tolideh noted that with these voluntary efforts made by a number of young activists and the support from the Environmental Protection Agency and Municipality of Ganaveh, this beautiful beach has now been completely cleaned up.

“Considering that Ganaveh Beach is one of the most beautiful coasts in Iran and hosts millions of tourists each years, every Friday the cleanup program will be launched to preserve this unique tourist attraction,” said Tolideh.

The coast of Bandar Ganaveh located in Bushehr Province is one of the most important natural attractions in the south of Iran. As part of a beautifying program, a beach park has been constructed in this coastal area.