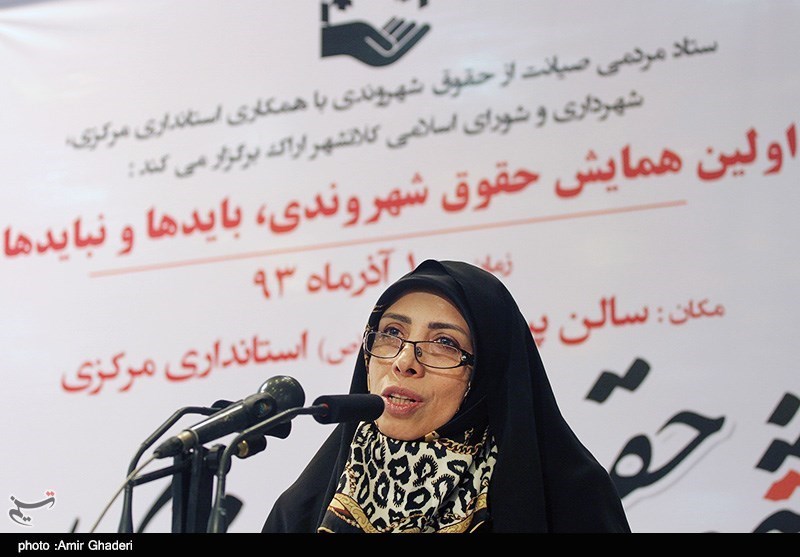 TEHRAN, Dec. 02 (MNA) – Vice-president for legal affairs has said Iran has been a pioneer of human rights since long ago.

Elham Aminzadeh who was addressing the first National Conference on Citizenship Rights on Monday, added that in about 500 BC, Iran was the home for the first human rights charter; she underlined the importance of citizens rights in Iran’s civil law and asserted that the government would not seek to add to the currently effective laws on citizenship rights; “rather, it seeks to provide the public general strategies and policies to inform them about their fundamental rights,” Aminzadeh held, “since, people are not informed about many articles of their rights.”

“Citizenship Rights is emphasized upon in 3 chapters of the constitution in many directives issued by the Judiciary for general courts and the police; criminal courts, Islamic punishment law and other legislations,” vice-president said. “Today, the citizenship rights has gained momentum and have found place in the system’s general policies and civil laws as well as attracting many NGOs,” she added.

Aminzadeh however noted that in some times the citizenship rights would find reflection in some of legal provisions and directives only; the most important issue, however, she emphasized, was “the obligation felt by the executive and administrative sections of the state and government in implementing these rights.”

She objected to the idea that citizenship rights was a product of the west; “On the contrary, Iran has been a pioneer in establishing charters of human and citizenship rights long ago in history; the new citizenship rights drafted by the president has provisions about religious mentality manifest in the ideas of the Leader of the Islamic Republic and late Imam Khomeini (RA); it has also enough provisions guaranteeing its implementation,” Aminzadeh asserted.