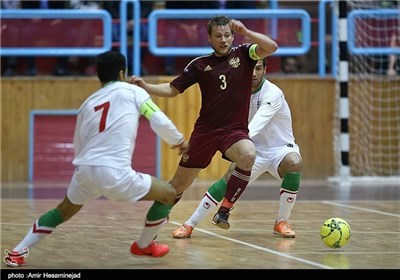 TEHRAN (Tasnim) – Russia futsal coach Sergey Skorovich said that he is delighted with friendly against Iran.

Iran and Russia futsal teams played a friendly in Qom on Monday.

“Russia and Iran showed a good performance. It’s a good opportunity for us to play a great team such as Iran,” Skorovich told Tasnim news agency.

“Iran and Russia are two powerful teams in the world and these kinds of matches are useful,” Skorovich said.

“It’s not tiring to play Iran for so many times since two strong teams play together. Our players can learn from these friendlies,” he added.