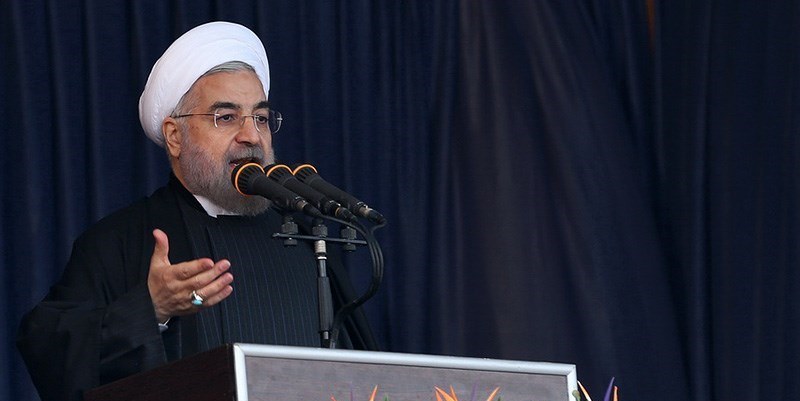 TEHRAN (FNA)- Iranian President Hassan Rouhani announced on Tuesday that a large number of foreign companies are waiting for a comprehensive deal between Tehran and the Group 5+1 (the five permanent UN Security Council members plus Germany) to rush for investment in the Iranian market.

“Hundreds of foreign companies have prepared themselves to enter Iran in the coming months,” President Rouhani said, addressing a large crowd of people in Golestan province, Northern Iran, on Tuesday.

The Iranian president reiterated that Iran will reach a final deal with the West over its nuclear program as the country is moving on the path of constructive interaction with the world.

President Rouhani is in Golestan province to inaugurate the joint railway of Iran, Turkmenistan and Kazakhstan.

The Iranian president said that his Turkmen and Kazakh counterparts will join him on Wednesday to attend the railway inauguration ceremony to be held at Inche-Boroun on Iran-Turkmenistan joint borderline.

President Rouhani pointed to the importance of the troika railway for economic development of the country, and said, “This is a new corridor from the Southern parts of the country to the Northern parts with positive outcomes for political and economic relations.”

Iran has, on many occasions, underlined that it has paved the way for attracting more investments in its ports, free trade zones, and development projects.

Meantime, so many foreign countries and international companies have voiced their enthusiasm for investing in the country’s projects.

Last month, a senior energy official announced that the Iranian Oil Ministry is in talks with a sum of 18 European and Asian companies for joint ventures in Iran’s oil industry development projects.

“We are now negotiating with 15 European companies and 3 Asian firms for partnership in exploration operations in 40 Iranian oil blocks,” Hormuz Qalavand, the exploration director of the National Iranian Oil Company (NIOC), told reporters.