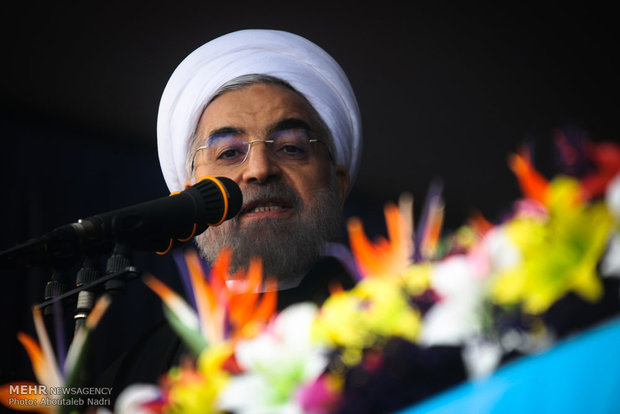 President Rouhani: Iran to continue enrichment within its soil

Gorgan, Golestan prov, Dec 2, IRNA – President Hassan Rouhani said on Tuesday that Iran is going to continue its enrichment activities within its own soil.

He made the remarks while addressing a gathering of local people here in northeast of the country.

He said 15 very important steps have been taken by his government in the past 15 months (since he took office) towards a nuclear agreement.

He said presently Iran is in a stage where the world has come to accept Iran’s views about the basic principles of its nuclear program.

Now the world has accepted the fact that enrichment is going to take place inside the Iranian territory, the President noted.

He added that the world has also accepted continuation of works in Arak and Fordo sites and conducting nuclear research.

Moreover, President Rouhani stressed, the world is now admitting that it is time to end unfair sanctions against the Iranian nation.

He said the Iranian nation considers it as an inalienable right to have sanctions removed and gain access to advanced technology including the nuclear ones.

On Wednesday, the President is to attend a ceremony to inaugurate Iran-Turkmenistan-Kazakhstan railway along with his Turkmen and Kazakh counterparts at Iran’s Inceh-Boroun border point.