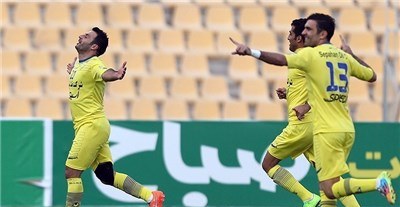 On Monday, Naft earned a late 2-1 victory over Persepolis in Tehran’s Takhti Stadium.

Gholamreza Rezaei was on target for Naft in the 43rd minute.

Mohammad Abbaszadeh equalized the match two minutes after he came off the bench.

In the dying moments of the match, Amir Arsalan Motahhari found the back of the net with a header.

“I am not happy because all decisions went against us in this match. We lost to Naft while they had not just one chance in the second half,” Persepolis coach Hamid Derakhshan said in the post match news conference.

Naft moved top of the table with 30 points, two points clear of Tractorsazi with one game in hand.