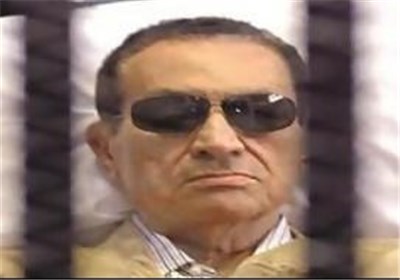 TEHRAN (Tasnim) – Egypt’s public prosecutor said Tuesday it would appeal a court ruling that dropped a murder charge against ex-president Hosni Mubarak over the deaths of protesters during the country’s 2011 uprising.

“The prosecutor general has decided to appeal,” it said in a statement, after a Cairo court on Saturday ordered the dropping of murder and corruption charges against Mubarak, who ruled for three decades until being driven from office.

The prosecutor’s office said it decided to appeal as “the ruling was marred by a legal flaw.”

Mubarak is serving a three-year sentence in a separate graft case.

Seven of Mubarak’s security commanders, including feared ex-interior minister Habib al-Adly, were acquitted over the deaths on Saturday, AFP reported.

The Court of Cassation, the country’s highest court, can now either confirm Saturday’s ruling or decide to cancel it, in which case it would consider the case itself.

An appeals court had previously overturned an initial life sentence for Mubarak in 2012 on a technicality, ordering the retrial that saw the charges dropped on Saturday.

His lawyer has said the 86-year-old could now see an early release from the military hospital where he is being held, as he has already served two-thirds of his sentence when time held in preliminary detention since his arrest in 2011 is taken into account.

After Saturday’s verdict, more than 1,000 protesters gathered at an entrance to Cairo’s Tahrir Square — the epicentre of the 2011 revolt — chanting slogans against the country’s authorities.