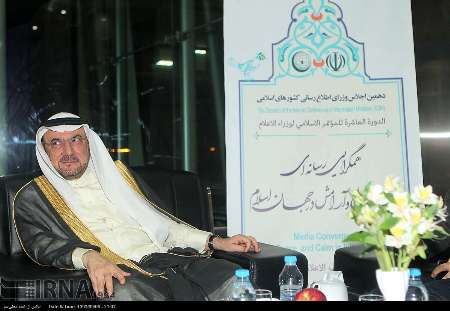 Speaking to reporters at the Isfahan Shaheed Beheshti International Airport, Iyad bin Amin Madani added that “I do feel honored being here in Iran today among my Iranian brothers.”

Isfahan is one of the most beautiful, attractive cities in the Islamic World, the official noted.

He praised the country’s Islamic-Iranian culture and its ancient civilization.

He was officially welcomed by Deputy Minister of Culture and Islamic Guidance Hojjatollah Ayoubi at Imam Khomeini International Airport.

The ministerial session will be held on December 3-4 following the experts meeting.

The motto of the event is ‘Media Convergence for Establishment of Peace and Calm in Islamic World’.