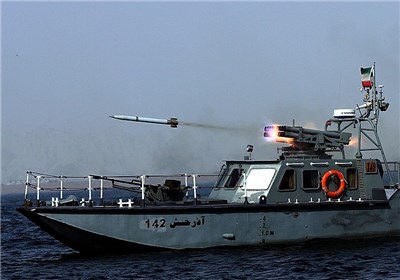 Speaking to reporters in Iran’s southern port city of Bandar Abbas on Monday, Navy Commander Rear Admiral Habibollah Sayyari said the two warships, a Sirik-class and a Kalat-class, have been equipped with surface-to-surface missile systems.

He also noted that the four frigates, dubbed Fajr, Shams, Fath and Nour, are employed for maritime patrol operations, adding that they are armed with “sensitive and indigenous missiles.”

“Given their small size, the frigates are hidden from the enemy’s radars, and this increases our missile capability,” the commander explained.

The new vessels came into service one day after Supreme Leader of the Islamic Revolution Ayatollah Seyed Ali Khamenei emphasized the necessity for incessant progress of the Iranian Armed Forces.

On Sunday, the Leader pointed to Iran’s long water borders and the huge investment the enemies have made in the region around the country, stressing, “The Navy should continue playing its major and significant role in safeguarding the national security and public defense and protecting the country’s rigid borders through the up-to-date boost to the military preparedness and capabilities.”