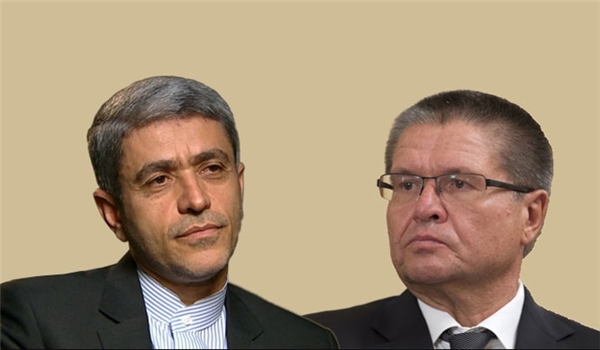 “Both Iran and Russia are under the West’s unilaterally imposed sanctions and that provides an appropriate platform for provision of the two countries’ demands from each other through financial transactions and making joint investments,” said Tayyebnia in a meeting with the Russian minister in Tehran on Sunday.

Tayyebnia, for his part, said that to make the customs clearance procedures and foreign investments easier, required documents will be drafted as soon as possible and ratified in the two countries’ parliaments.

Ulyukayev, for his part, emphasized that the two countries’ potentials for economic transactions are definitely far above the current level, reiterating that efforts aimed at lifting the existing obstacles in the way of bilateral trade are therefore underway.

“We also try to use the logistical sea, air, railway, and transit infrastructures through Azerbaijan Republic to facilitate our bilateral trade,” added the Russian minister of economic development.