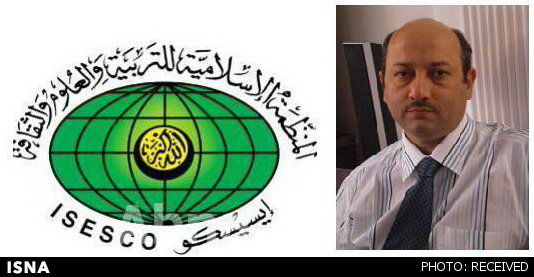 TEHRAN (ISNA)- An Iranian scientist would receive ISESCO 2014 Award for science and technology concurrent with the 7th ministerial meeting of the organization mid December.

Masoud Houshmand, a faculty member of Iran’s National Genetic Engineering and Biotechnology Research Center has managed to present genetic methods for diagnosis of over 300 rare diseases.

“We have conducted studies for diagnosis of 300 rare diseases,” he told ISNA.

According to Houshmand, the inherited immunodeficiency disease has been one of the most important diseases, seen one for each 500 people in Europe, but it is quite common in Iran. “Studies have helped us detect the disease before the birth.”

The Iranian researcher reiterated that all methods developed for detection of the rare disease are based on genetic methods.

The 7th ISESCO meeting of Minister of Higher Education and Scientific Research is scheduled for December 18-19 in Morocco.

Based in Rabat, Morocco, ISESCO is one of the largest international Islamic organizations specializing in the fields of education, science, and culture.

The organization aims to enhance, promote and consolidate cooperation among OIC member states and contribute to the achievement of world peace and security, particularly through education, science, culture and communication.