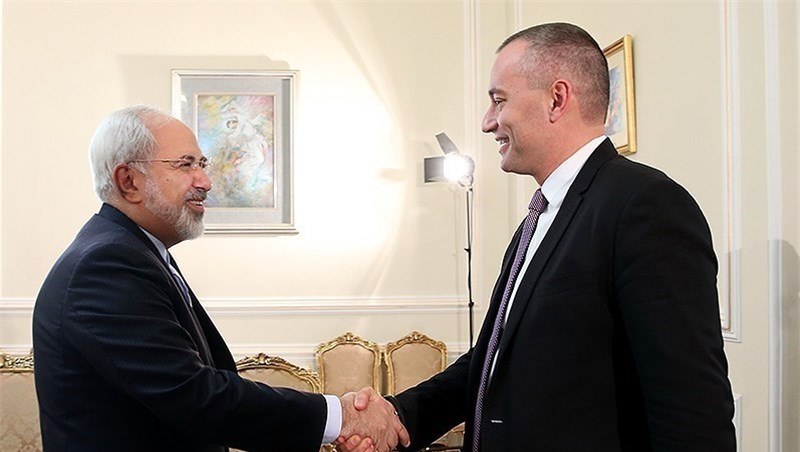 TEHRAN (Tasnim) – Iran’s foreign minister highlighted the influential role the United Nations can play to resolve crises in Iraq and Syria, calling on the global body to “carefully identify” the factors lying at the bottom of the problems in the crisis-hit countries.

Mohammad Javad Zarif made the comments in a meeting with the UN Secretary General Ban Ki-moon’s Special Representative for Iraq, Nickolay Mladenov, held in Tehran on Sunday.

The top Iranian diplomat also stressed the need for “continuous consultations and cooperation” among the regional countries to help resolve Iraq’s problems and counter the threat of terrorism.

“Any country that intends to help alleviate the situation in Iraq should also realize the facts in that country and stop supporting the Takfiri terrorist groups,” Zarif explained.

He reiterated that “stability, security and development” of neighboring Iraq are among the top priorities of the Islamic Republic of Iran.

Mladenov, for his part, praised Iran for the assistance it has been providing for the Iraqi nation and government in “hard times.”

He also expressed the UN’s preparedness to play a more effective role to resolve the “tough and complicated” situation in Iraq and the ongoing battle against terrorism.

The Takfiri militants have been committing heinous crimes in the areas they have taken, including the mass execution of civilians as well as Iraqi army troops and officers.