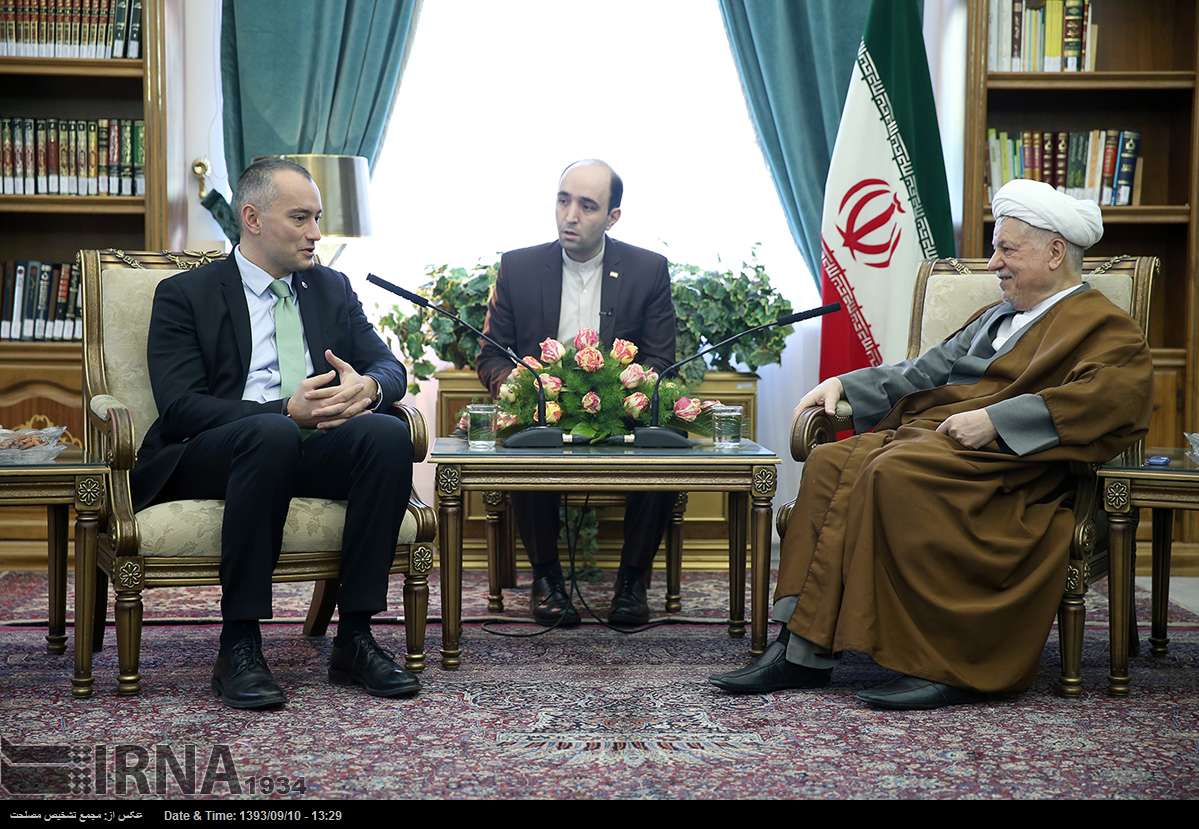 Rafsanjani made the remarks in a meeting with visiting UN special representative for Iraq Nikolai Mladenov.

Regretfully, despotism, colonial powers and terrorism seek to sow ethnical and religious discords among nations to create insecurity, he said.

Referring to rampant insecurity and instability of Iraq and its impacts on the region, Rafsanjani said Iran has invaluable experiences in suppressing terrorists.

He highlighted the significant role of despotism and colonialism in creation and supporting terrorists.

To strongly deal with the issue of terrorism, their the root cause should be identified and dealt with, he said.

Countries such as Libya, Tunisia, Syria, Afghanistan and Iraq are good example for adopting a double-standard policy in campaign against terrorism, he said.

Political and religious discrimination lead to unjust society leading to disenchantment of the people, he said adding that to the same reason political and social dissidents will join these violent groups equipped with dangerous weapons and in the future they might find access to weapon of mass destruction or biological weapons.

Presence of Daesh Takfiri group in Iraq will not last long but accurate program is needed to prevent their menaces, he said.

It is among major role of the United Nations to deal with the issue of terrorism and it will be attained through respecting human rights and an end to political discrimination, Rafsanjani said.

World public opinion cannot accept the coalition of 40 European and Arab states armies to fight a small terrorist group in Kobani so desperately, he said.

Negligence of global coalition has led to their failure in the region, he said, adding that the occupiers claimed that drug fight was their prime goal in Afghanistan, but, now they confess that poppy cultivation in the country has increased eight folds.

The UN special representative for Iraq Nikolai Mladenov, for his part, said the status of Iraq for Iran and other neighboring states is of prime importance.

Referring to the problems of some two million Iraqi refugees, he said as representative of the UN, we are determined to help Iraqi government and displaced people to come to their normal life.

The nefarious crimes and activities of Daesh terrorist group are very shameful, he said, adding that it is very easy to defeat Daesh militarily as they have no place among people or society.

The Iraqi government should be supported, the UN official underlined.