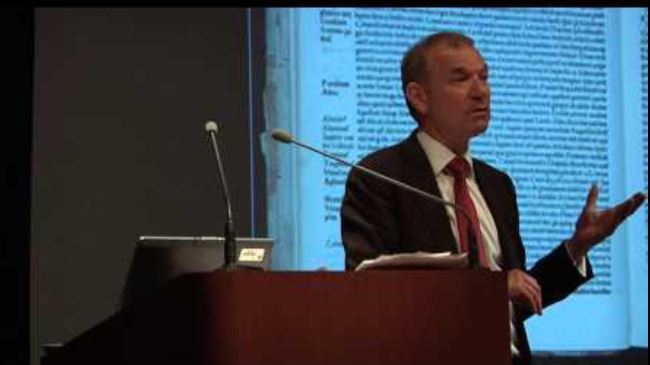 Shakespeare my magic carpet to Iran: US theorist

“I never thought that Shakespeare would become my magic carpet to the land of Persia, where I wished I could have seen someday,” said Harvard scholar Prof. Greenblatt when he expressed his enthusiasm for Iran and Persian cultural and historical heritage during the conference.

One of the world’s most celebrated Shakespearean scholars, Greenblatt took part in the conference and delivered a keynote speech on November 26.

He is best known for his biography of Shakespeare titled “Will in the World: How Shakespeare became Shakespeare,” which was on the New York Times Best Seller List for nine weeks.

He also won the Pulitzer Prize in 2012 for his groundbreaking book, The Swerve: How the World Became Modern.

Organized by the Faculty of Foreign Languages and Literatures, the University of Tehran, the conference was held on November 26-27, 2014.

Prof. Mark Burnett from Queen’s University in Belfast, was another keynote speaker whose discussion focused on cinematic representations of Shakespeare in Iran.

The event was organized by Dr. Ismail Salami and Dr. Maryam Soltan Beyad, professors at the University of Tehran.