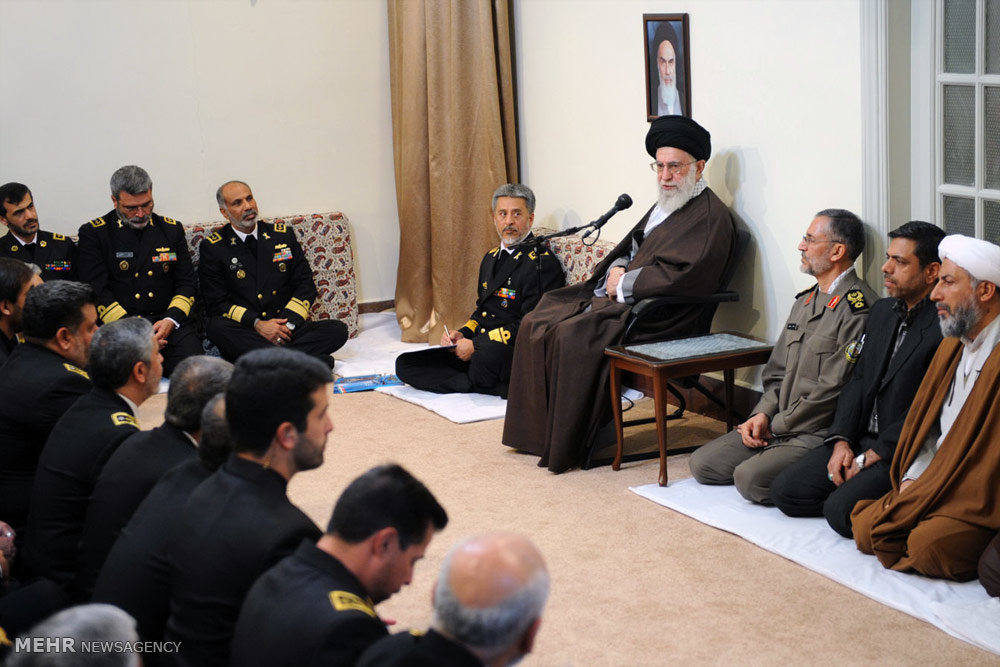 TEHRAN, Nov. 30 (MNA) – Iran’s Leader received a number of Navy commanders on Sunday morning and deemed resistance a source of honor and credibility for the Armed Forces.

The Leader underlined the necessity of strengthening the spirit of resilience and willingness to sacrifice among the Navy personnel and said, “Holy Quran has taught us that with strong faith and a resilient spirit, and even in the face of limited resources, one can overcome and triumph over the enemy.”

The Leader referred to Iran’s vast maritime borders and the enemy’s large investment in the region and asserted, “our Armed Forces, regardless of any political calculations, must constantly increase their vigilance, and proceed with their strategic planning by identifying their own shortcomings as well as the loopholes in the enemy’s tactics and facilities.”

Ayatollah Khamenei considered the period of peace as a significant opportunity for the Armed Forces to serve in areas of science, productivity and increasing deterrence and said, “the reclamation of Makran coastal strip is among one of these fundamental plans that must be implemented more quickly with government cooperation.”

At the end of his speech, the Leader commended the Army Naval Forces for their numerous sacrifices during various points in time particularly during the Sacred Defense and added, “Iran’s navy has been a source of honor and dignity for the country and the memory of its martyrs will forever remain in the history of Iran.”