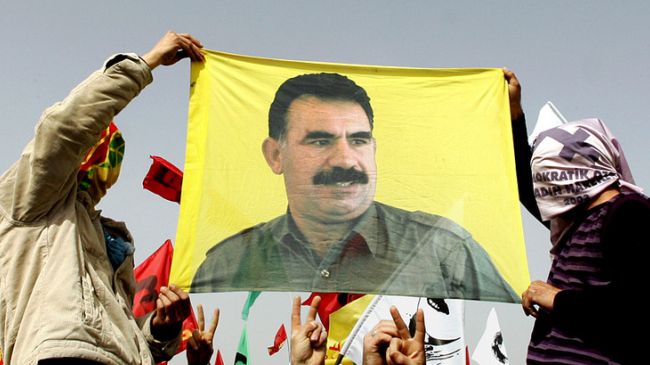 The imprisoned leader of Turkey’s outlawed Kurdistan Workers Party (PKK) has expressed hope to conclude a peace deal with the Turkish government within months.

Abdullah Ocalan made the remarks in a statement released on Sunday, after politicians from the People’s Democratic Party (KDP) visited him on his island prison off the Turkish city of Istanbul.

He stressed that a “framework” for the peace negotiations aimed at halting the three-decade conflict with Ankara was about to be finalized.

“If the parties execute the process in a consistent, responsible and determined manner, a major democratic solution that could determine the future of the whole Middle East could be reached within 4-5 months,” the statement said.

The PKK has been fighting for an autonomous Kurdish region in southeastern Turkey since the 1980s. The conflict has reportedly left tens of thousands of people dead.

In March 2013, Ocalan declared a historic ceasefire following months of negotiations with the Turkish government. In return, the PKK demanded amendments to the penal code and electoral laws as well as the right to education in the Kurdish language and a degree of regional autonomy.