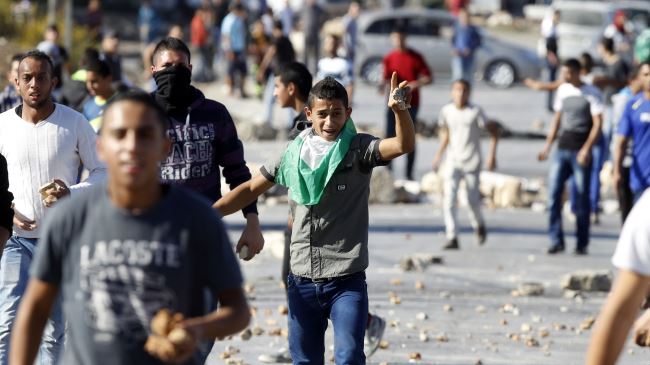 Iran says the occupation of the Palestinian land by Israel is the origin of all instability and insecurity in the world.

The occupation of Palestine and the ongoing organized and inhumane crimes against the Palestinian people by the Zionist regime of Israel are the cause of one of the lengthiest crises in the world, the Iranian Foreign Ministry said in a message on the occasion of the International Day of Solidarity with the Palestinian People on Saturday.

The actions of the Israeli regime are “not only the root of other problems and crises in the Middle East and the Islamic world,” but also “one of the main sources of insecurity and instability” across the globe, the ministry added.

It further stated that Iran will continue its support for the oppressed Palestinian people, calling on the international community to work for the eradication of the crisis in Palestine.

The statement added that Israel’s committing acts of excessive violence and organized terrorism, adopting racist policies against the defenseless Palestinians, and violating human rights on a daily basis are among the root causes of the crisis in Palestine.

The Iranian Foreign Ministry said that “ending occupation” and recognizing Palestinians’ definite and inviolable right to decide their own destiny are the only way to terminate the great “human tragedy” in Palestine.

The ministry also called on the Islamic countries and the international community to take immediate measures for an unconditional removal of the Israeli siege on the Gaza Strip, which has been under Tel Aviv’s crippling siege since 2007.

The International Day of Solidarity with the Palestinian People, on November 29, has been observed annually since 1977.