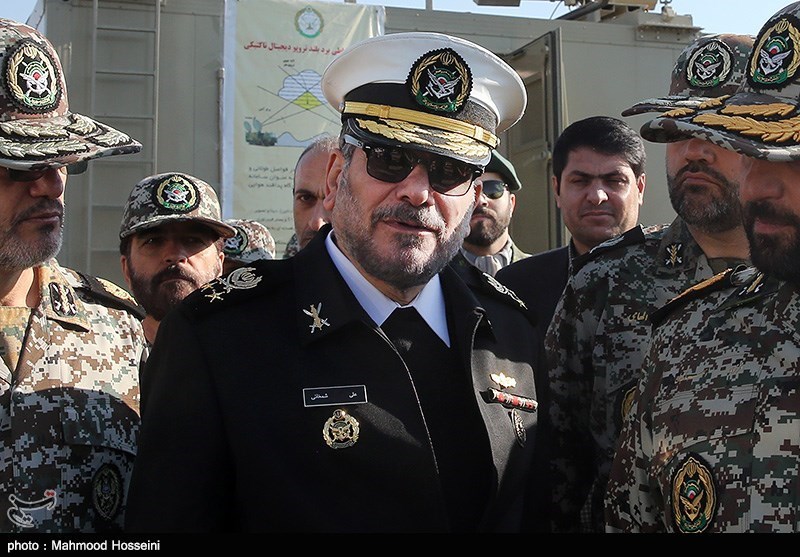 “At present and in the near future, no military threat would be posed to Iran; this doesn’t mean that they (the enemies) don’t want (to threaten Iran) but (means that) they cannot as such a move would incur heavy costs on them and therefore, they have excluded it from their agenda,” Shamkhani said after visiting an exhibition of Iran’s air defense in Tehran on Sunday.

He underlined Iran’s high missile power, and said, “Iran’s missile tests and ranges are proportionate to threats, but Iran’s missile power has never diverted towards unconventional weapons and this issue cannot and will never go under foreign monitoring and inspection.”

Noting that the asymmetric enemies of Iran enjoy highly good air force power, Shamkhani said Iran has also made huge progress in the missile and air defense field to combat the same power.

He emphasized the country’s self-reliance and self-sufficiency in building different missiles, and said like the nuclear technology, Iran’s missile industry is in pursuit of peaceful purposes through deterrence.

In relevant remarks in October, Lieutenant Commander of Khatam ol-Anbia Air Defense Base Brigadier General Alireza Sabahifard said Iran’s outstanding air defense power had, as acknowledged by the entire world, made Iran’s sky the most secure one in the world.

“The country’s air defense power has grown remarkably in recent years after utilizing new information and monitoring equipment for tracing and identifying flying objects and this power has made the Islamic Republic of Iran’s sky the most secure one in the world, as acknowledged by the world states,” Sabahifard said in the Central province of Isfahan.

He underscored that the power of the Islamic Republic of Iran in the air defense field was so much that the enemies didn’t even imagine of conducting an aggression against the country.

Also in September, a senior Iranian commander underlined that the country enjoyed such a powerful air defense system now that no enemy flying object could approach the country’s border without being noticed and confronted.

“Today, Iran’s air defense has the capability to trace and intercept any aggression,” Commander of Isfahan province’s Air Defense Base General Abazar Jokar said in a press conference.

Also in August, Sabahifard said, “At present, every part of the Islamic Republic of Iran’s airspace is connected to the integrated air defense network and the smallest movements cannot go unnoticed by the eagle eyes of the air defense base”.