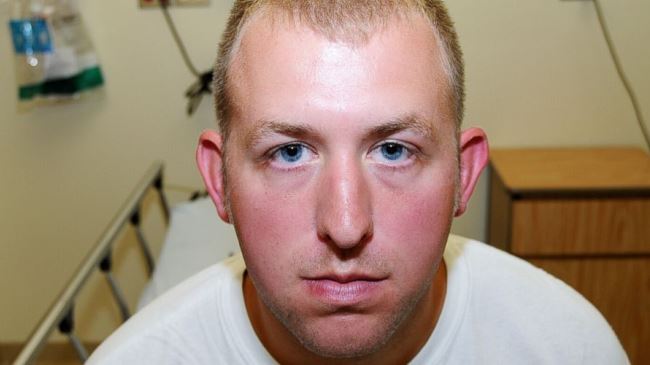 Darren Wilson resigns in the wake of shooting Michael Brown

The police officer who shot dead Michael Brown has resigned from the Ferguson Police Department nearly four months after the incident.

Darren Wilson’s resignation was announced by one of his attorneys on Saturday.

Wilson, who has been on administrative leave since the August 9 shooting, said he was quitting out of his “own free will.”

The police department had received several threats of violence in case Wilson would remain an employee there.

“I’m not willing to let someone else get hurt because of me,” Wilson said.

The officer, who cited security reasons for his resignation, testified that he used deadly force against unarmed Brown in self-defense and out of fear for his life.

“I know I did my job right,” Wilson said during an interview with ABC, adding that shooting Brown was the first time he had used his gun on the job.

The 28-year-old cop, announced not guilty on Monday after a grand jury investigation, had been a member of the city’s police department for six years.

Following the grand jury’s decision not to charge Wilson, protests were reignited across the US with activists starting a seven-day march to denounce racial discrimination.

There were at least 16 arrests in Ferguson on Friday and hundreds more in other cities.

The 190-kilometer rally has been organized by the National Association for the Advancement of Colored People. The marchers want the chief of Ferguson police removed. They also urge the government to end racial profiling in the United States.

Brown’s death sparked days of protest during the month of August and further fueled racial tensions in the US. Ferguson’s local government and police forces are mostly white, while about two-thirds of the residents are black.

The United Nations harshly criticized Washington on Friday for the militarization of police and “numerous reports” of police brutality against minorities.