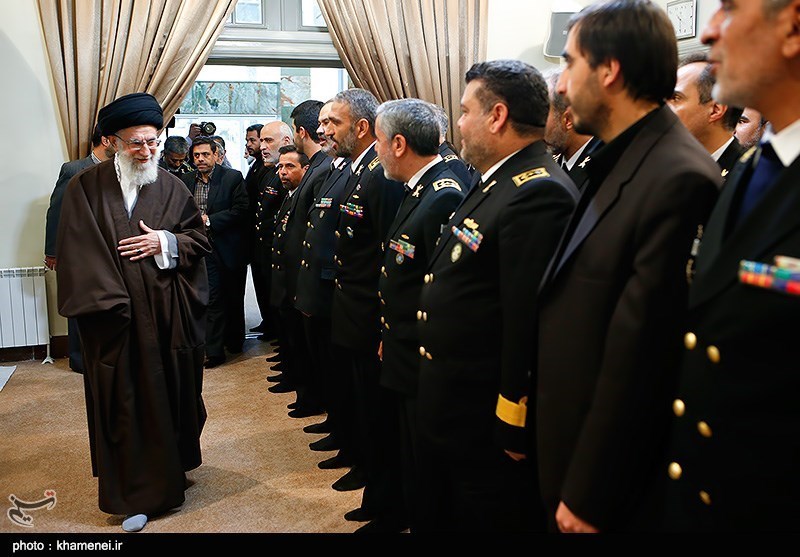 Leader of the Islamic Revolution Ayatollah Seyyed Ali Khamenei has emphasized the role of Iran’s Navy in protecting national security, calling on the naval forces to further boost their preparedness in the face of enemy threats.

In a Sunday meeting with a group of senior Iranian Navy officers in Tehran, the Leader said the Islamic Republic’s naval forces play a “great” and “important” role in safeguarding the country’s national security.

Iranian naval forces should increase their preparedness and further bolster their military capabilities as well as their faith and spirit of sacrifice to fulfill their role of defending the nation, Ayatollah Khamenei added.

Ayatollah Khamenei further pointed to Iran’s vast maritime borders and enemy threats against the country, adding that the Navy should overcome its shortcomings and develop strategies to deal with enemy threats.

The Leader also praised the sacrifices made by the country’s naval forces at different junctures, particularly during the eight-year war imposed on the Islamic Republic by the regime of former Iraqi dictator Saddam Hussein in 1980s.

In recent years, the Iranian Navy has been increasing its presence in high seas to protect naval routes and provide security for merchant vessels and tankers.